Chuck Todd on Recount Effort: Smells Like ‘Somebody Talked Jill Stein Into This’ 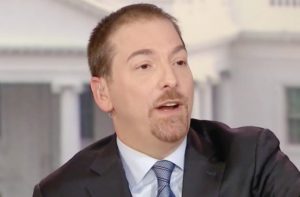 Chuck Todd and his Meet the Press panel this morning approached the Jill Stein campaign’s efforts to push for recounts in three states with quite a bit of skepticism.

Todd then suggested, “Somebody talked Jill Stein into this… That’s what it smells like.” He elaborated:

Stein said recently that she wants to ensure the integrity of the system, though she did have a few critical words to say after Hillary Clinton‘s campaign counsel said they would be part of the recount in Wisconsin:

Why would Hillary Clinton—who conceded the election to Donald Trump—want #Recount2016? You cannot be on-again, off-again about democracy.

Why would Hillary Clinton—who holds "public" and "private" positions—want to engage in something as transparent as #Recount2016?