Cindy McCain on GOP in the Trump Era: This Is Not the Party of Lincoln or Reagan 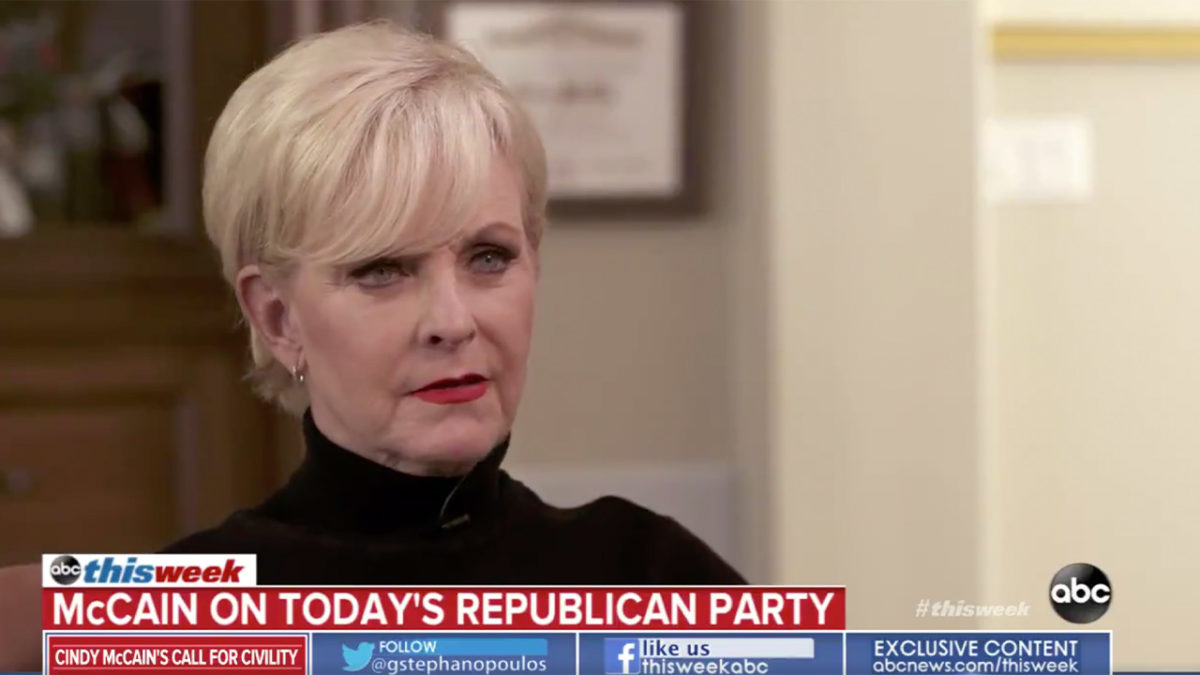 John McCain‘s family is marking one year since the senator’s death with a campaign encouraging acts of civility.

She said social media helps drive the incivility going on and talked about how her late husband would by the state of things right now.

"I'm surprised in a lot of things," Cindy McCain tells @jonkarl when asked if she is surprised that the Republican Party is in lockstep with Trump.

"This party is not the party of Abraham Lincoln that I've seen anyway, nor the party of Ronald Reagan" https://t.co/OQJXP3MeEj pic.twitter.com/PaBVMakzUO

At one point Karl asked, “Are you surprised that the way the Republican Party has basically marched lockstep with President Trump?”

“I’m surprised at a lot of things,” McCain said. “This party is not the party of Abraham Lincoln that I have seen anyway, nor the party of Ronald Reagan.”

She elaborated, “We’re the ones that are — should be non-partisan, and we’re the ones that should be working for the good of all. I believe this pendulum is going to swing back. I don’t know when, but I just don’t believe that we’re going to stick right here on the side that’s just disruptive and mean and non-progressive in any way.”