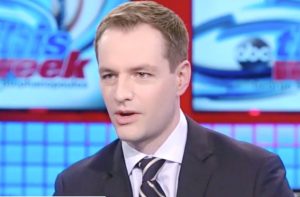 In a conference call with reporters earlier today, Clinton campaign manager Robby Mook went on the attack against FBI director James Comey, bringing up a recent CNBC article citing an anonymous FBI source who claimed Comey didn’t want to finger Russia over its political hacking because it is too close to the election.

Per a number of reporters on the call, Mook claimed it showed a double standard that Comey would release a letter to Congress regarding Hillary Clinton’s private email server 11 days prior to Election Day while not wanting to have the FBI attached to a statement regarding Russia’s meddling.

This call is as aggressive as I've ever heard Robby Mook.

"blatant double-standard”
“nothing short of jaw-dropping”
"defies all logic"

As Politico’s Shane Goldmacher highlighted later, it appears that the call was an attempt by the Clinton camp to get Russia/Donald Trump ties into the media conversation over the current FBI story.