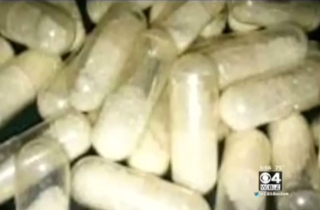 It was also a particularly hot night. As you might expect, the combination of heat, dehydration (water ain’t free, kids), crowds, and, sure, maybe some illicit drug use, led to a particularly high number of people being hospitalized or treated on the site by paramedics.

While it was technically a “mass casualty” event, as many local news sources breathlessly reported that night, fortunately no one suffered any serious injuries or illnesses. Reading it described that way in headlines as it was underway was certainly alarming to citizens of Boston and members of the music community here like myself however. You hear mass casualty and you think the worst.

That confusion was a telling reminder that words can be misleading. Jargon, in particular, can be hard to parse for people who aren’t members of the group in question. It can lead to all sort of embarrassing mix-ups, like a recent one from CBS Boston WBZ-TV’s Christina Hager.

In her report, Hager says that police plan to crack down on performances like this one, and conduct awareness campaigns about the use of certain club drugs like molly, or, as it’s otherwise known, “MDMA”, or “EDM.”

To which I have the following succinct response: LOL.

A video of the full broadcast has since been removed from their YouTube channel, probably because they were sick of everyone laughing at it, but you can see part of it in a Vine below (with added effects by the user):

EDM, for those of you who aren’t up to date on what the kids are up to these days (besides sexting their teachers, selling drugs to babies, and stealing old people’s medicine), is short for “electronic dance music”, a catch-all often used to describe the type of music produced and played by artists like Avicii. MDMA is the type of drug commonly known as ecstasy, and molly is a supposedly purer form of the drug, although as literally every local news broadcast in the past couple years will have told you at one point, it is often adulterated with all manner of who knows what.

One last important, totally true definition: Local TV news is a form of media often designed specifically to scare parents into staying tuned just long enough to find out how their kids are going to die next that they’ll sit through a series of boner pill ads.

Watch the report, as it aired on WBZ, below: