CNN Anchor Asks: Does Zimmerman Attorney’s Tone Toward Judge Have ‘Element Of Sexism?’ 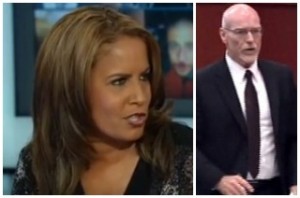 “I know when you’re representing someone you become very passionate about it,” said Natalie Jackson, an attorney for the Martin family. “But I think what he has to worry about is that you have a jury full of women, and they’re watching the way he has treated this judge, and the attitudes that he’s given this judge, so I think he needs to watch that aspect, just from the legal perspective of the jury…This is her courtroom, this is her domain.”

“Does this seem like an element of sexism?” Malveaux asked.

“Yes,” Jackson said. “Lay people don’t understand the difference between being a passionate advocate and being just plain rude.”

“I think that if you kept Don West on,” NeJame continued, “because of the antagonism between him and the judge, it could have gone exactly laong the path y’all are talking about. But they caught themselves, they reversed the direction they were going, and I think you’ve seen the charm that Mark O’Mara has been pretty much exuding with the jury. He’s been very much of a gentlemen, kept it soft, kept it very, very even-keeled, without a lot of drama and a lot of theatrics. That probably plays well, particularly in a case like this, where you have the death of a seventeen year old teenager.”