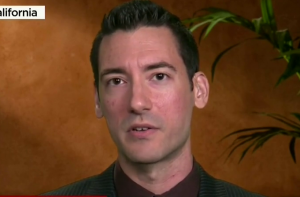 In an interview with the Center for Medicial Progress’ David Daleiden, CNN’s New Day host Alisyn Camerota asked the activist behind the undercover Planned Parenthood videos to respond to criticism he was a “violent extremist.”

“Your critics– critics of your organization I should say– say that you’re not journalists as you purport to be on your website, but rather you’re violent extremists,” Camerota said to Daleiden.

“They say that you are operating under the guise of investigative reporting, but really you’re trying to shut down all Planned Parenthoods and women’s access to things like birth control and other services they provide,” she continued. “Do you have any ties to Operation Rescue?”

“First, number one, I’m not a violent person and I never have been and I never will be,” Daleiden responded. “Troy Newman is one of the board members for the Center for Medical Progress…”

“And Troy Newman is the president of Operation Rescue,” Camerota cut in. “Operation Rescue does have a history of threatening violence against clinics.”

(Part of the confusion may stem from the fact that there are two organizations that actually went to court over the trademark for “Operation Rescue.” What used to be Operation Rescue West is now Operation Save America, and is considerably more radical than the organization run by Newman.)