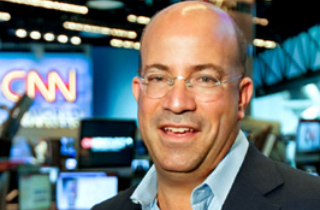 Speaking at a press luncheon for reporting veteran Lisa Ling‘s new CNN show, This Is Life, Zucker noted the unfortunate state of cable news while promoting the network’s vision for the future.

However, he continued, “When you look at that trend line, you realize that’s not a very healthy genre.”

As a result, Zucker said, his network has moved more towards original series like Anthony Bourdain: Parts Unknown, The Sixties, Morgan Spurlock: Inside Man, The Hunt with John Walsh, and Ling’s series debuting this weekend.

“Cable news has to evolve, and it has to change, otherwise you suffer the fate that is going on,” the CNN chief added.

As for whether a network that features more long-form content will pre-empt its own breaking news coverage, Zucker said, “We still want to ensure that we are the place people tune when there’s breaking news, but we can walk and chew gum at the same time.”

CNN’s original series have been a success for the network, Zucker asserted — especially so with advertisers. “As cable news ages,” he said, “advertisers have moved to this kind of programming.”