CNN Breaking News: People Are Pooping in Your Food

CNN Breaking News: People Are Pooping in Your Food 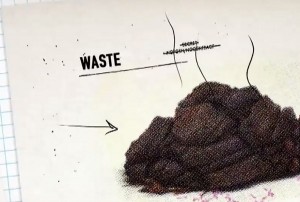 Apparently David Bowie, Sean Penn and El Chapo weren’t enough to fill the news cycle, because on Monday, CNN dug deep with a report on foodborne illnesses and fresh produce that could definitely have waited until after I ate, and also until after I stopped planning on ever eating again. CNN business reporter Cristina Alesci produced a report that, in addition to scaring everyone off of eating fresh or raw produce ever again, could probably double as a film festival submission at any prestigious art school.

Among the more creative flourishes were the mixed-media study in steaming poop, the surreal dialogue, and the random redaction of unrelated text:

“You may be asking how does a bacteria end up in your leafy greens? It could be a variety of ways, but the most common answer is waste. That’s right, feces. Manure is used to fertilize crops. Animals like rodents pick up the bacteria and carry it into produce fields. It could even be from humans.”

“How? Labor in the field is hard. And there’s not always a bathroom around.”

If you can’t see this report playing on a midnight double-bill with Pink Flamimgos, then you’re just not trying. I’m sending my spec script for “That’s Right, Feces” to John Waters as we speak.