Cable news chyrons are designed to of course — among other things — command your attention and interest on the subject being covered at that moment. Every now and then, one of these graphics is so over the top that it stops you cold, and even merits its own coverage.

Such a chyron aired Thursday afternoon on CNN. ON CNN Right Now, hosted by Brianna Keilar, the show focused a segment on President Donald Trump’s continued defense of his presenting a doctored map trying to show Alabama was in danger of being impacted by Hurricane Dorian. And the lower-third chyron for that segment read thusly:

We’re not kidding. Here. See for yourself: 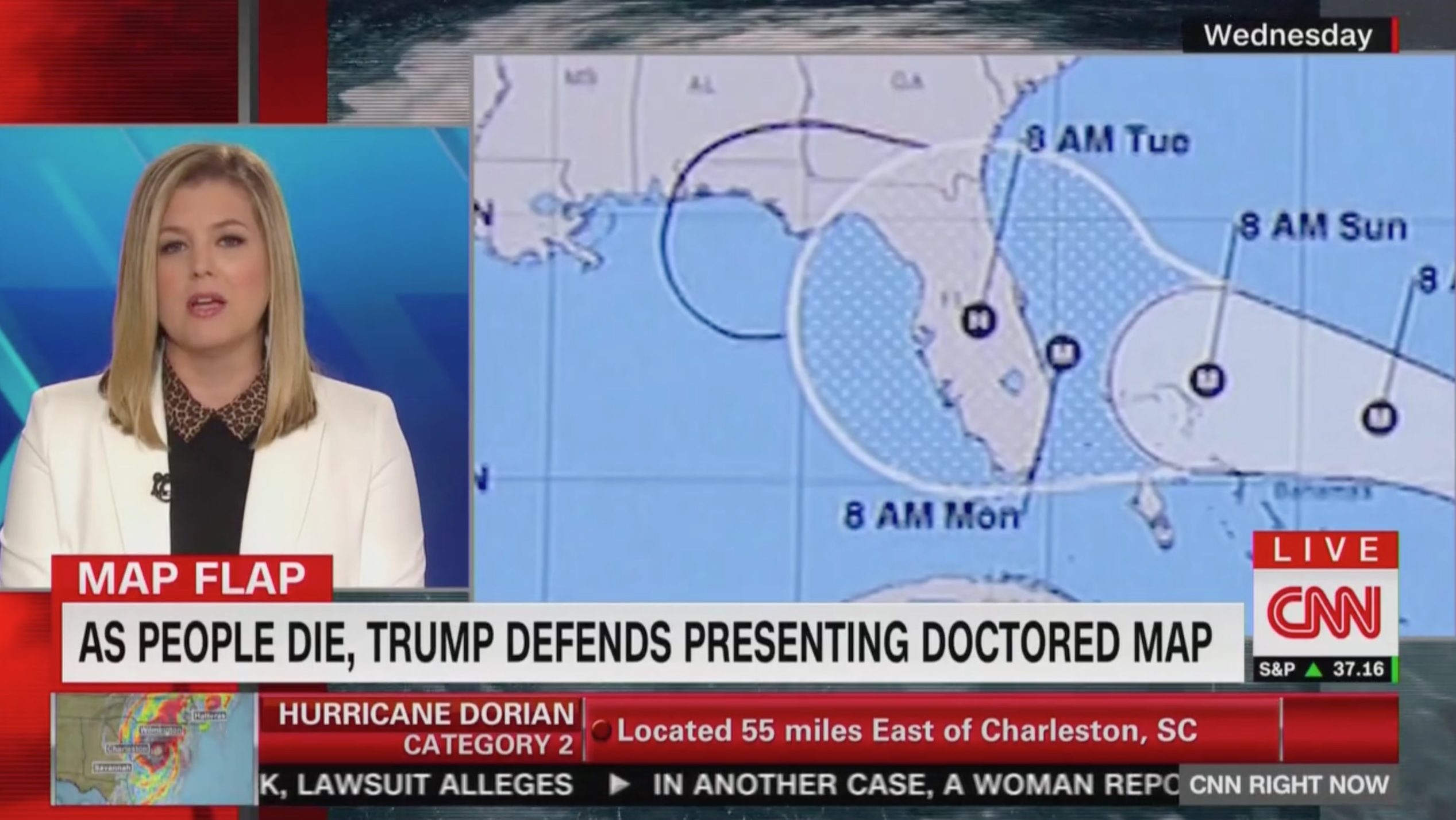 Yikes. This sky is falling graphic is the latest pithy attention-getter from the people that brought you the Apple/Banana/Journalism thing. Previously, CNN chyrons including “Trump’s Annual Physical Shows He Now is Obese,” and “Vacation Critic Takes Time Off” caught our attention for being absurdly extra.