CNN Debate Draws 8.3 Million Viewers, Down From First Clash of the 2020 Democrats

CNN Debate Draws 8.3 Million Viewers, Down From First Clash of the 2020 Democrats 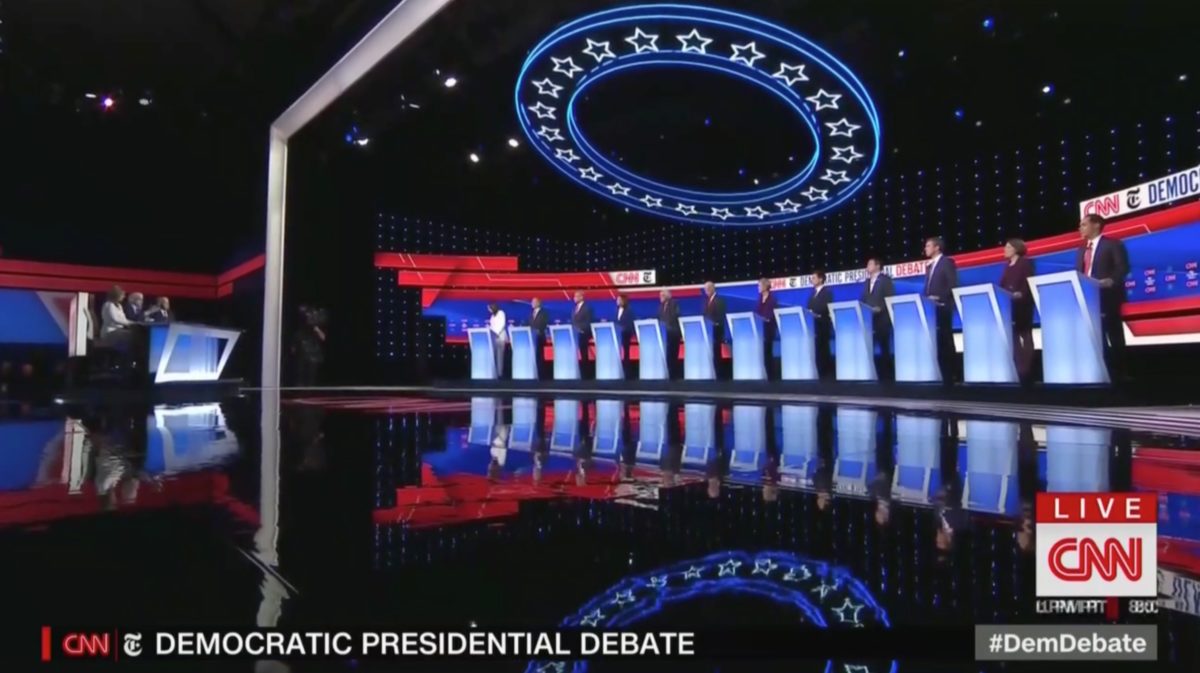 The ratings are in: CNN and the New York Times’ Democratic presidential primary debate on Tuesday night drew 8.33 million viewers and 2.37 million in the 25-54 demo — numbers that were lower than CNN’s first two-night debate in July.

The primary debate drew modest response on social media — and some tomatoes from critics — over the three hour length and one particular question about Ellen DeGeneres. Challengers going after frontrunners Elizabeth Warren and Joe Biden were the most talked about moments from the debate, but the prevailing wisdom was that 12 candidates on stage was just too much.

For context, Fox News’ GOP primary debate in August 2015 still ranks as the highest-rated debate in television history with a whopping total of 24 million viewers and 7.9 million in the demo.