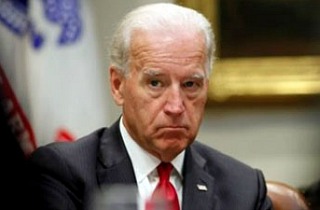 “As Mrs. Clinton considers whether to run, people close to her are weighing in,” the Journal reported on Wednesday. “John Podesta, a White House chief of staff to her husband and now a senior aide to President Barack Obama, has said he wants to begin a set of regular conversations among her top aides, aimed at thinking through a possible run, a person familiar with the matter said. Mr. Podesta wouldn’t comment on the matter.”

“Isn’t that a slap at the vice president?” CNN anchor John King asked.

“It certainly seems like it,” Hamby agreed. “This is heads exploding in the vice president’s office.”

He added that other White House officials, including Obama campaign veteran Jim Messina, have recently moved on from the White House to prepare for Clinton’s likely 2016 run.

Biden is currently in the Baltic countries reassuring America’s NATO allies that they will be protected from Russian aggression following Moscow’s invasion and annexation of the Ukrainian peninsula of Crimea.