Indeed, that is what happened.

There’s a lot of hoopla in South Carolina today since citizens along the coast are being advised to evacuate before Hurricane Florence makes landfall this week. Of course, in times like these, there’s bound to be some people who would rather stay in their homes and try riding out the storm.

CNN correspondent Nick Valencia spoke to Myrtle Beach resident Jim Darling today as the latter was out shopping for emergency supplies to bunker down. However, Valencia committed a grave error in journalism by saying nothing of the giant, radiant bird named Maximus perched on Darling’s shoulder.

Sure, there was some stuff about the state warnings and safety and whatever, but who cares? Look at the parrot! 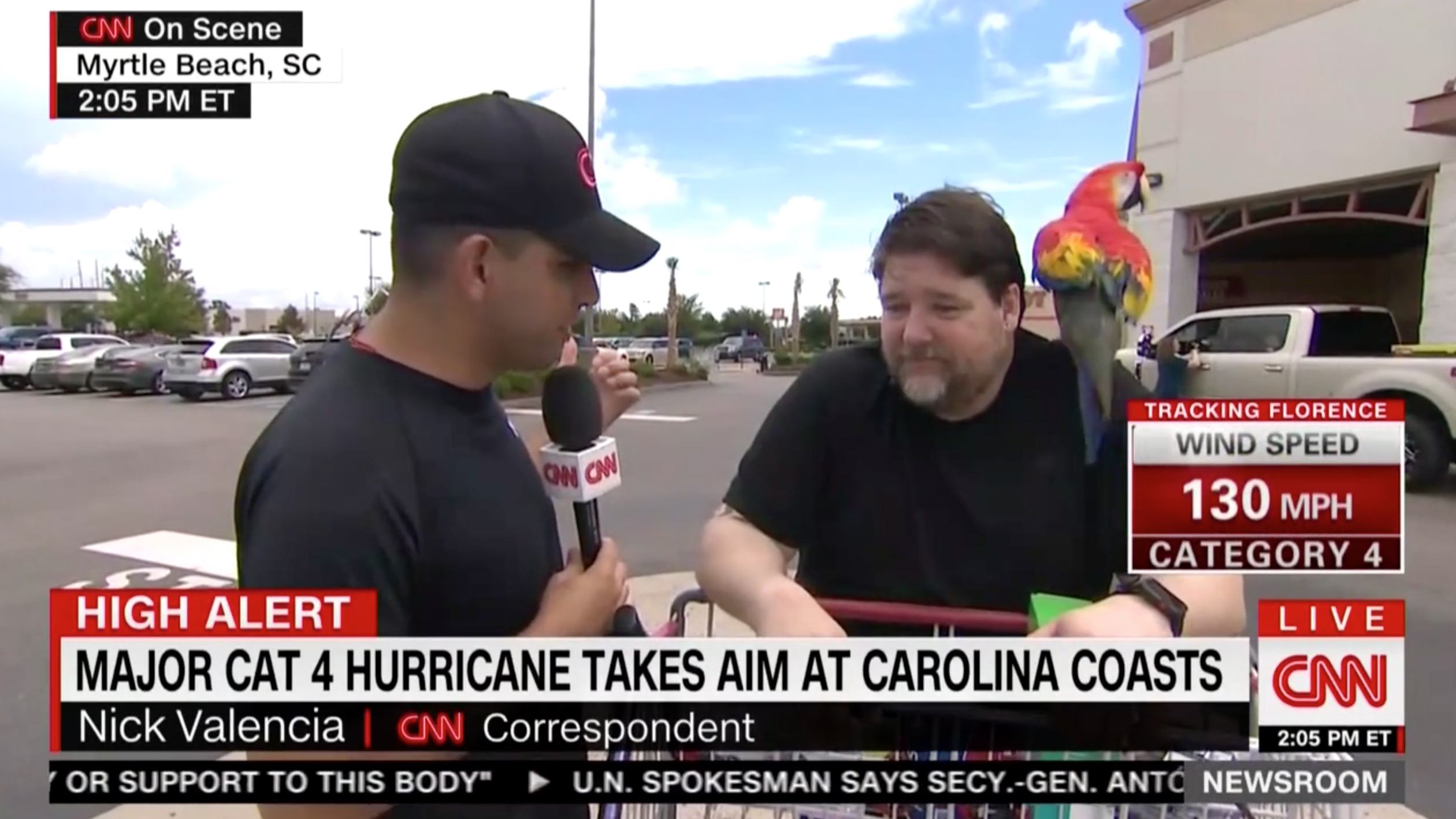 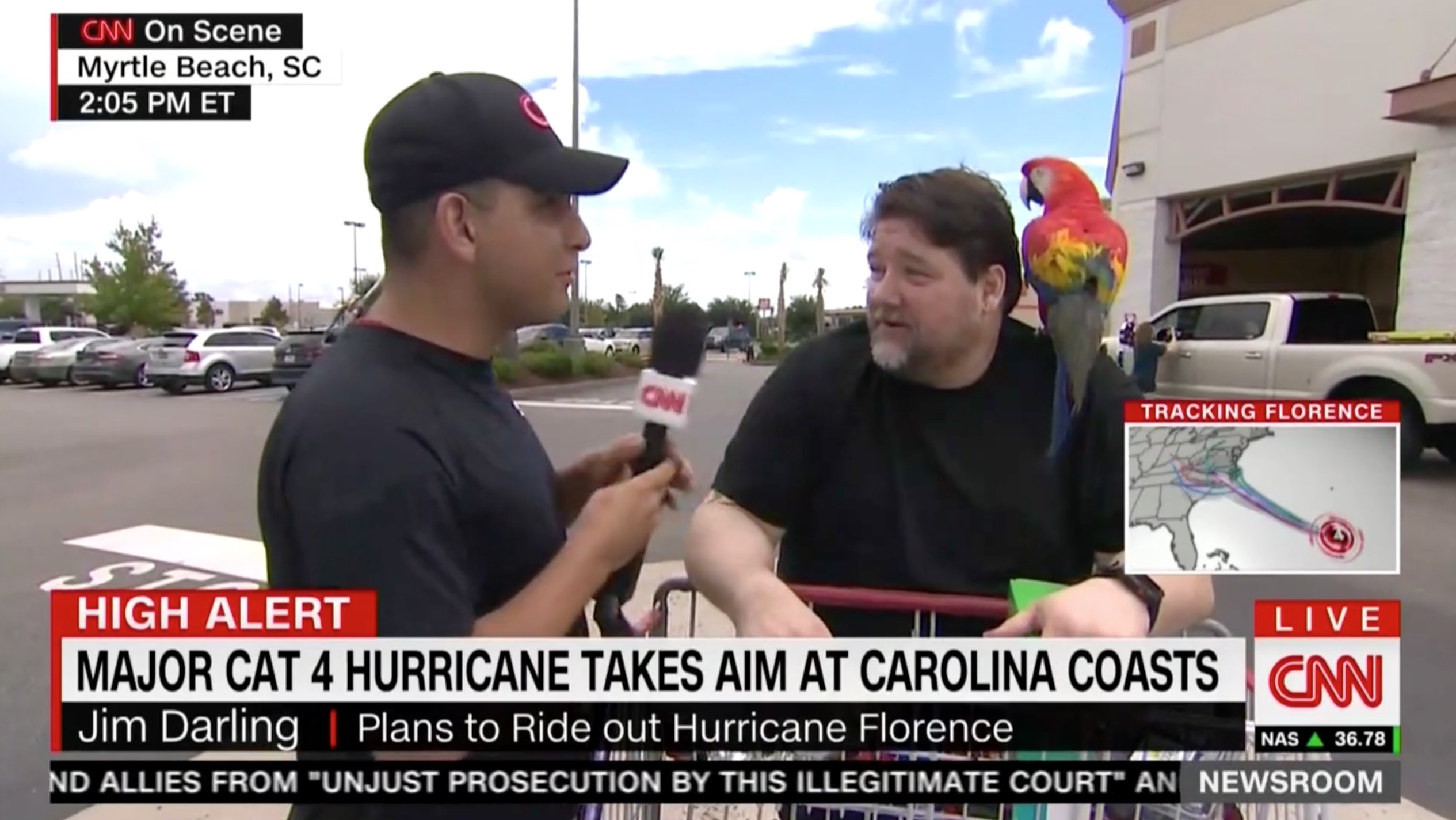 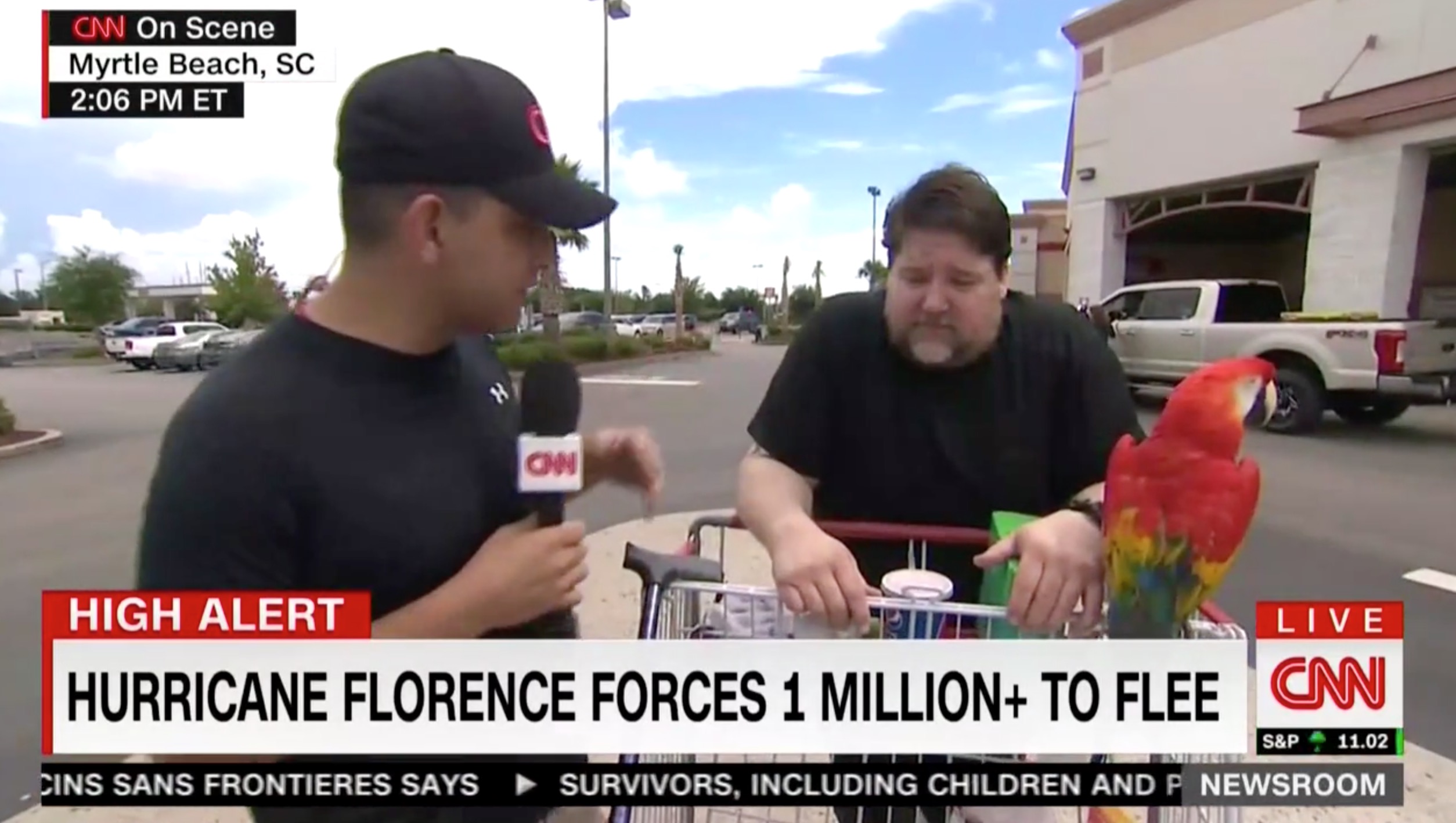 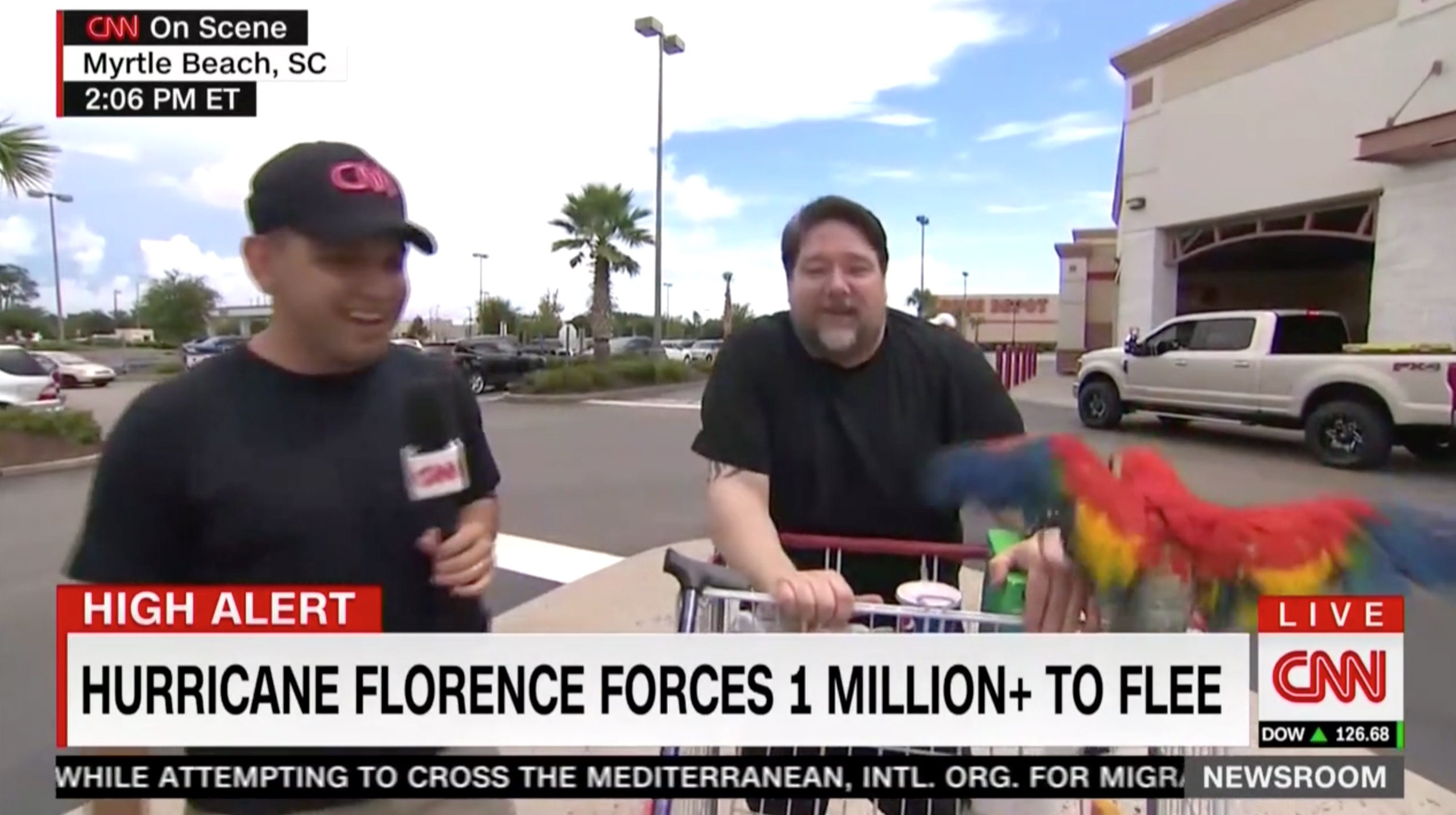 As Valencia remarked that Darling is not the only South Carolinian staying put, CNN anchor Brooke Baldwin rightfully scolded him for not preparing the audience for the bird. He shrugged this off by saying Maximus was “chill” and “we roll with the punches.”

Here’s how Baldwin reacted on Twitter after the segment.