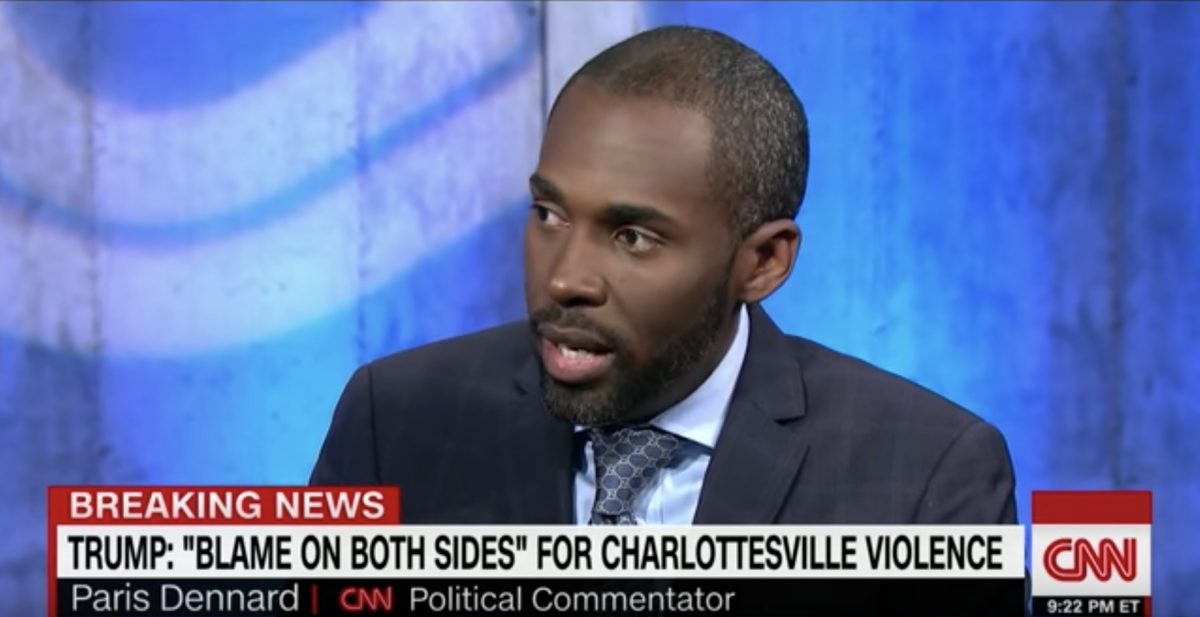 CNN has suspended one of its most vocal, pro-Trump commentators after a Washington Post report detailed past alleged sexual misconduct that resulted in his firing from Arizona State University four years ago.

Paris Dennard, who was recently praised by President Donald Trump as “wonderful,”  was serving as the events director for ASU’s McCain Institute for International Leadership when he according to a 2014  university report obtained by The Washington Post,  “pretended to unzip his pants in her presence, tried to get her to sit on his lap, and made masturbatory gestures.”

“I cannot comment on items I have never seen regarding allegations I still believe to be false,” Dennard told WaPo. “This is sadly another politically motivated attempt to besmirch my character, and shame me into silence for my support of President Trump and the GOP.”

After the report was published, CNN suspended Dennard.

“We are aware of reports of accusations against Paris Dennard,” a CNN spokesperson told Mediaite. “We are suspending Paris, effective immediately, while ‎we look into the allegations.”

Read more about the allegations here.