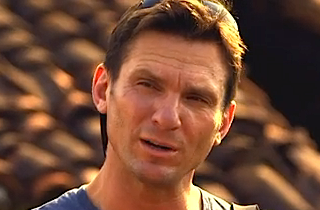 On Monday, CNN released the trailer for The Wonder List, a new adventure-reality series in which Weir will travel the globe to “tell the untold stories of extraordinary people, places, cultures and creatures that are at a crossroads.” Like shows from Anthony Bourdain, Lisa Ling, Mike Rowe, Morgan Spurlock and others, Weir’s project continues CNN’s path towards “more shows and less newscasts” that network president Jeff Zucker promised last year.

“When Bill joined CNN, we knew his innovative vision would be an asset to the network as we expand the definition of news with series programming,” Amy Entelis, senior vice president of talent and content development for CNN Worldwide, said in a statement. “I am thrilled to announce that production of The Wonder List is underway and that Bill will bring his dynamic, personal and creative storytelling to the CNN audience.”

Weir added, “The chance to find stories across six continents with one of the best photographers in the business is incredible in itself. But then to get eight prime-time hours to explore the forces of change that effect so many lives is the assignment of a lifetime. We’ve already captured some jaw-dropping corners of the planet and met some brave and brilliant folks fighting to save them for our great-grandkids. I can’t wait to share it all.”

The show will initially consist of eight one-hour programs, set to air in 2015 at a yet-to-be-announced night and time. Likely, it will air one night a week, during the 9 p.m. hour formally occupied by Morgan.

Watch a trailer for the series below, via CNN: