CNN’s Brianna Keilar, Anderson Cooper Slam Vegas Mayor After Wild Interview: ‘Seemed So Blasé About the Severity of the Virus’

Anderson Cooper appeared on CNN this afternoon to talk with colleague Brianna Keilar about his wild interview with Las Vegas Mayor Carolyn Goodman.

A stunned Cooper confronted Goodman for over 20 minutes about her position on reopening casinos and hotels despite the coronavirus risk, with Cooper at one point putting his hands on his face in exasperation: 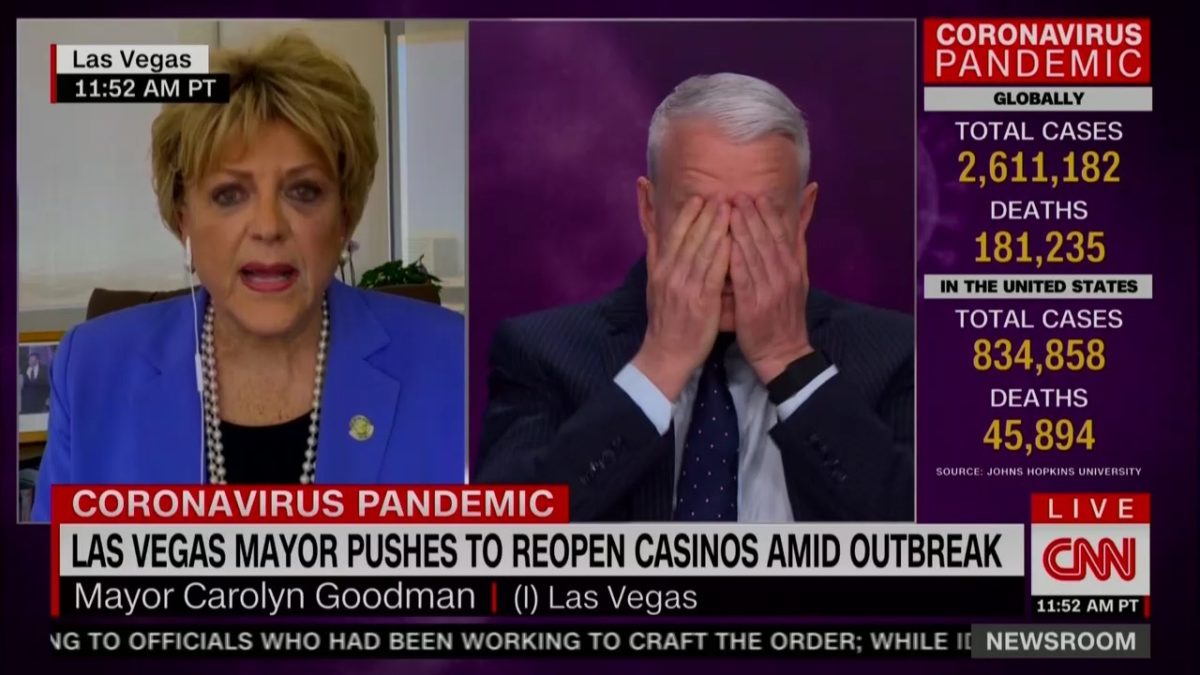 Keilar showed bits of the interview in the next hour on CNN, remarking, “Oh, my goodness. Anderson, because what happens in Vegas doesn’t stay in Vegas as you mentioned in this case. And it was just remarkable that she was calling for kroess there to reopen but saying it’s not up to here to figure out how to do it safely.”

Cooper pointed out, “She actually has no authority over casinos in Las Vegas or what happens on the strip. But she is — yeah, she takes no responsibility.”

Keilar said the mayor “seemed so blasé about the severity of the virus,” adding, “I noticed when she talked about the number of people who have died, I think in the state or in the city, it was almost as if she was talking about, well, that’s all it’s going to be and she didn’t understand that as you open things back up you’re going to have more death.”

Cooper said, “It seems like she’s a booster for the city and her main function seems to be, you know, boosterism… promoting Las Vegas as a great place for conventions. But even that, to me, as an elected official that comes with the responsibility for the safety of people in the city and concern about the health of the people in the city. Not just the economic health.”