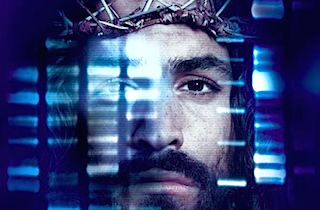 At 9 p.m., Finding Jesus was #1 with 1.139 million total viewers while Fox came in second with 634K and MSNBC was third with 275K. In the demo, CNN’s 371K more than tripled Fox and MSNBC, which each averaged 111K. After The Sixties, which premiered last year with 1.390 million viewers, Finding Jesus was the second highest rated CNN Original Series premiere ever in total viewers.

The Wonder List, a new travelogue series hosted by Bill Weir, who spoke to Mediaite last week, saw a big ratings drop-off at 10, averaging 706K total viewers. But that was still enough to keep it above Fox (603K) and MSNBC (312K). In the demo, The Wonder List’s 294K nearly doubled Fox’s 148K and also outpaced MSNBC, which had 126K.

As he’s done in the past with shows like Anthony Bourdain: Parts Unknown, CNN President Jeff Zucker is taking advantage of the typically low-rated Sunday night cable news schedules in order to outperform the competition. While CNN is showing big, event premieres on Sunday night, Fox and MSNBC are mostly airing lightly promoted, repackaged specials.

The Wonder List has been a long time coming, as Weir was brought to CNN from ABC in late 2013, in the hopes of hosting a primetime news show for the cable net. When his pilot didn’t pan out, it was unclear how they would use him until this documentary series emerged.