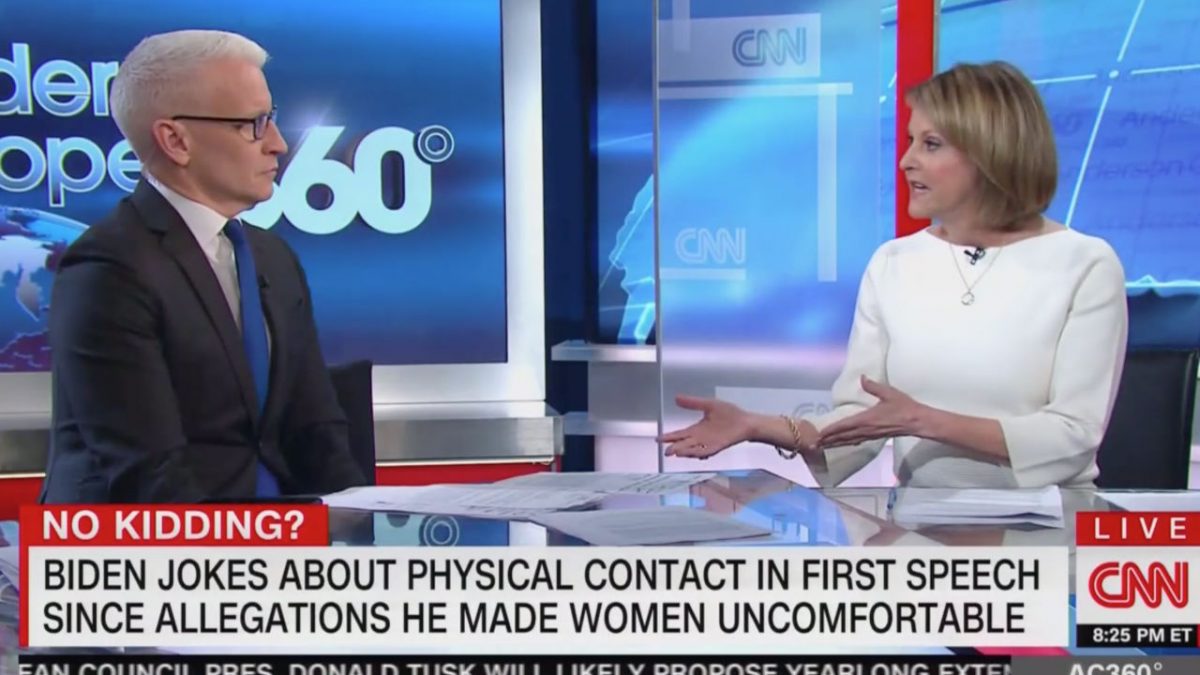 A CNN panel tonight knocked former Vice President Joe Biden for awkwardly joking about the controversy over women who have said they felt uncomfortable about him touching them inappropriately.

“He’s only reminding people of the gaffe-prone Joe Biden,” she said. “This was a gaffe today, he shouldn’t have done it.”

David Axelrod similarly didn’t understand why Biden did this today after the video he put out earlier this week. Kirsten Powers questioned whether Biden gets it after what he said today.