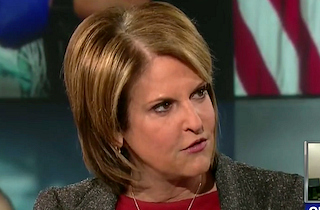 On Thursday morning, CNN political analyst Gloria Borger told Situation Room’s Wolf Blitzer that the cooperation of insurance companies in President Barack Obama’s anticipated fix to allow people to keep their health care plans was not guaranteed, creating the irony that Obama was now relying on the willing participation of the industry he demonized to pass the Affordable Care Act.

“The insurance companies have done very well by the Affordable Care Act,” Blitzer pointed out. “They’re making a ton of money…I suspect they will cooperate with the president, as they have throughout, because it’s been good for their business.”