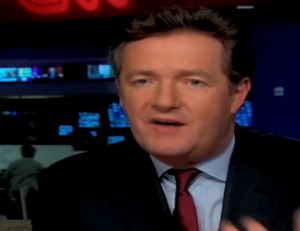 And Morgan, perhaps angling to be the next in a suddenly long line of non-Fox hosts to get interviews with the Mama Grizzly, described her as “mesmerizing.”

Donaldson confirmed he’s not on Facebook or Twitter–and don’t hold your breath, it ain’t happening–but he does “know how to email.” (Why must people over a certain age talk about email like it’s something that must be figured out?) He also suggested that Palin had a pretty big impact on political movements in the U.S. this year, and would’ve been a top contender for his Person of the Year.

Morgan gave Palin credit for using social media to–much like Barack Obama did on his way to the White House–build a grassroots movement with a great deal of real power. He also said she’s good on camera, and–his word–“mesmerizing:”

She’s a mesmerizing character on television…she tweets all the time. She is leading from the front…she is using those platforms in a highly effective way. She is driving a movement through the prism of social networking, and recognizing that if she can talk and communicate to people in a simple, effective manner, through these social networking sites, she’s going to get votes.

Did you happen to notice something odd about that segment? For extended periods, rising star Morgan was speaking in a small box on screen, while past-his-prime Donaldson sat quietly in a MUCH BIGGER BOX. What the heck…? Piers, get on the phone and crack some skulls over there… 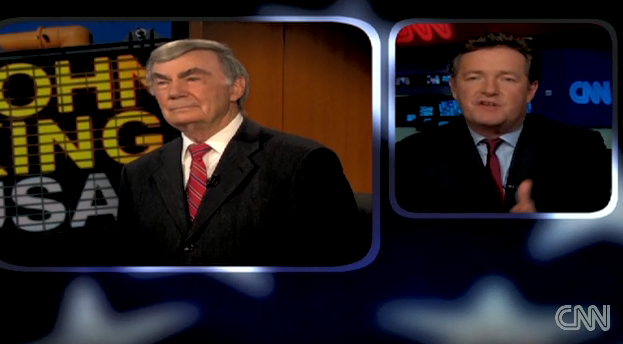