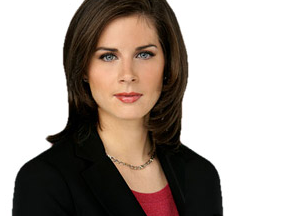 CNN’s new Erin Burnett show may not have a name or a start date, but it’s got an executive producer. CNN executive vice president Ken Jautz made the announcement this morning that Wilson Surratt will begin work on the show effective immediately. “Wil has spent 17 years in newsrooms, control rooms and in the field and he is one of the most inventive and accomplished producers in the television news business,” said Jautz. “We are delighted that he is returning to the CNN family.”

Surratt’s worked at CNN before, and he’s someone who knows Burnett well, having worked with her on Street Signs at CNBC. On his first day back at CNN, Surratt spoke exclusively with Mediaite about the show, and working with Burnett. “It’s simply a dream job,” said Surratt, who said the chance to work with Burnett and create a brand new show fulfilled a prediction he made in a conversation with Burnett a few years ago. “We were talking about working together, and I said down the road, you should probably talk to CNN.”

CNN, Surratt believes, will give Burnett–known as one of the best business reporters on television–a chance to show her true range. “She’s got global interests that span all kinds of news. When business news is the news story, she shines,” he said. But her new weekday show will be “an opportunity to broaden her skills. She’s great at finding stories in the strangest corners of the world that nobody else can find.”

What the new show will look like and when it will debut remain uncertain, but Surratt says he and Burnett have been talking over the last few weeks as his CNN deal was negotiated. “We’ve had intense conversations about what we want to do.”

The pair made their working reunion official at a CNN editorial meeting Monday morning–and then got right to work. “I am thrilled to be reunited with Wil, whose talent and drive are legendary and inspiring,” said Burnett. “We are ready to create an exciting new program together.”