Colbert Previews Mueller Hearing: ‘The Super Bowl of Things on C-SPAN at 8:30 in the Morning’ 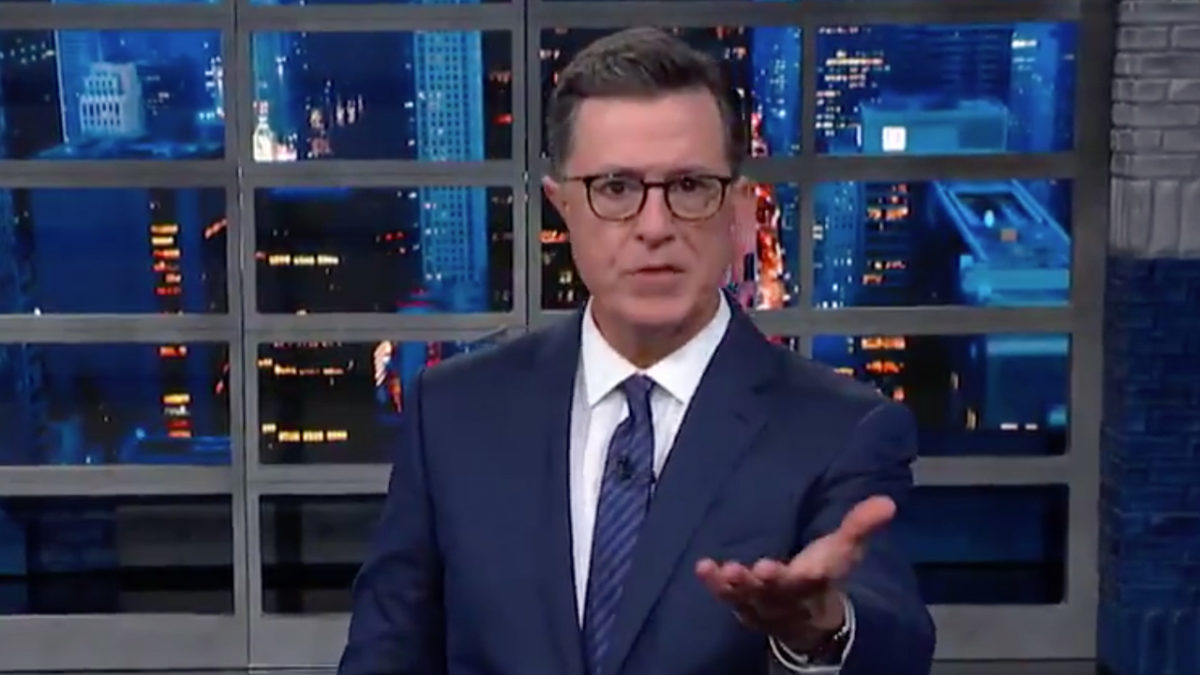 President Donald Trump has repeatedly blasted Mueller ahead of the testimony, tweeting Monday, “Highly conflicted Robert Mueller should not be given another bite at the apple.”

Highly conflicted Robert Mueller should not be given another bite at the apple. In the end it will be bad for him and the phony Democrats in Congress who have done nothing but waste time on this ridiculous Witch Hunt. Result of the Mueller Report, NO COLLUSION, NO OBSTRUCTION!…

Colbert joked, “I don’t think Donald Trump has ever had a second bite of an apple. ‘Oh my God, it’s disgusting, someone licked all the caramel off this thing!'”

He also mock-lamented Mueller’s testimony being limited to the report, saying, “Oh no, now all he’s got is 448 pages of incredibly damaging evidence that the president committed 10 separate instances of obstruction of justice and that at one point he said, and I quote, ‘I’m fucked.'”