Concha: Guess Who Benefits When the President Foments a Fox News Food Fight? 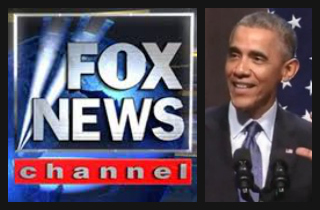 We’ve seen this movie before…

Select hosts of cable news network (Fox) from afternoon, evening and morning shows react to the president’s comments, using varying degrees of characterizations in describing the president not acting very presidential in making their respective points that the commander-in-chief should have (and does have) much bigger things to worry about.

Not all on the aforementioned cable news network are in lockstep, however, as one — a highly respected veteran — calls the president’s criticism a badge of honor , adding, “We’re big boys and girls. We can take it,” which somewhat surprises the three hosts of the network’s morning show.

Debate ensues. Mediaite covers it. Twitter continues the debate. An otherwise-forgotten segment has created some real buzz. And maybe this afternoon, tonight or over the weekend, said network’s competitors will see an opportunity to highlight the so-called division at the network, which only brings more attention and eyeballs to the channel, which tends to happen when a nice chunk of content on one network or show focuses on the very network you’re competing against.

So why does the president broach Fox at all these days? Easy: Because there’s no prominent Republican to attack when there’s no invite to Mr. Obama to campaign from any of key Democratic candidates in the midterms. It’s no different from 2006, when an equally-unpopular President Bush was kept on the sidelines for that “shellacking” (his words) in that midterm year as well.

Speaking of Mr. Bush, there’s a reason his image approval numbers post-presidency continue to improve: Because when juxtaposed against the current president in terms of the ability to handle media criticism with grace and gravitas (by keeping one’s mouth shut), it’s no contest. Bush hardly ever broached all of the negative media coverage of his presidency publicly — whether it be in speeches or interviews — while Mr. Obama and his team, even his sophomoric spokespeople in the State Department, can’t stop talking about a cable network that they’re all too willing to still appear on.

(Note, however: Bush 43 was once caught making a derogatory comment about a New York Times reporter (calling former Times political reporter Adam Clymer a “major-league asshole”) but one private impromptu comment and those pre-planned scripted in dozens of speeches throughout a presidency are two very different things.)

In terms of Fox News, it could have handled the situation two different ways: Ignore it or let its opinion hosts do what they’re paid to do regardless of what that opinion is. If Greta Van Susteren and, say, Steve Doocy have one opinion (that the president is “punching down” (Doocy) or being “childish” (Greta) and Wallace has another completely different perspective (better to be noticed than not at all, in essence) and the whole thing plays out publicly on a top-rated evening or morning cable news show — as I noted in this space awhile back — everybody involved at the network wins.

The audience wins for being exposed to candor among colleagues and the hosts themselves for putting their positions out there without rules or reservation. It also helps when a guy like Wallace knows that serving up that criticism with a smile and a little humor doesn’t hurt (and avoids making things needlessly awkward in the process).

Want to know why MSNBC is experiencing their worst stretch in nearly a decade despite the midterms bringing political news more to the forefront, which is the channel’s sweet spot? One reason is because the hosts don’t dare challenge each other in public. That’s all thanks to its beleaguered president, Phil Griffin, who declared such dialogue wasn’t tolerated by the network. An odd edict to have on an opinion channel that hardly does news anymore. Here’s the 2010 internal memo in case you missed it:

I want to reiterate my long-standing policy: We do not publicly criticize our colleagues. This kind of behavior is unprofessional and will not be tolerated.

We have a rudderless presidency with a lame-duck leader grasping for a foil in the form of Fox. It’s being done partly out of injured ego, partly to raise money for a party trying to hold on to a Senate that looks like will slip away come November if Nate Silver still knows of which he speaks.

In the process, we have a cable network which again only benefits from the criticism from both the most powerful person in the world and various day-late, dime-short competition that keeps punching up…which only adds a few news cycles to the story as ratings continue to climb.

We’ve seen this movie before.