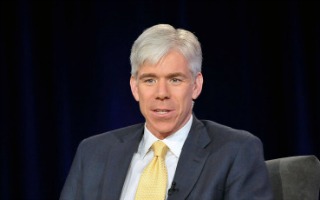 “In politics, nothing happens by accident. If it happens, you can bet it was planned that way.”
– Franklin Delano Roosevelt

The same perspective can be applied to television about politics. As reported in the Washington Post, NBC reportedly hired a shrink to assess the mental state of David Gregory, the host of the longest running series on television, Meet the Press. Check that: NBC is now disputing the Post story, referring to the resource called in last year as a “brand consultant”. Whatever the capacity or title of said resource, he or she went as far to interview Gregory’s friends and even his wife of 14 years, former Fannie Mae executive Beth Wilkinson.

According to NBC spokeswoman Meghan Pianta, the plan was “to get perspective and insight from people who know him best.” But as WaPo’s Paul Farhi wrote, “the research project struck some at NBC as odd, given that Gregory has been employed there for nearly 20 years.”

Think about that: Since he was 23, David Gregory has been a proud member of the Peacock family. He rose through the ranks quickly, filling in as a co-anchor of Weekend Today; even subbing for Matt Lauer on Today by age 33. Also filled in anchoring the NBC Nightly News and Weekend Nightly News starting in 2005. Three years later, he got his own show on MSNBC, the now-late Race for the White House.

Was he–in the words of Burgundy–kind of big deal? You bet.

So why the sudden concern for the Gregory brand?

When the great Tim Russert suddenly passed in June of 2008, Gregory was the obvious choice to carry on the show. But as the old saying goes, you never want to be the guy to follow THE GUY, and the show slowly drifted from a solid first place in the ratings to a decided-third in 2013.

Is this decline Gregory’s fault? The quick answer is yes. With all due respect to producers, writers and bookers (I’ve performed all three jobs at one stage or another)—the success or failure of any program ultimately comes down to the face of it. And for whatever reason, Gregory was never going to meet or come close to exceeding the impossibly-lofty standards Mr. Russert set over his 17-year run in the big chair starting in 1991. Even if he were alive today, even in the most polarized state this country has been in modern times, conservatives and progressives alike would still agree that Russert possessed steadfast objectivity…still was the toughest, most prepared, yet civilized and respectful political interviewer in the game.

Gregory, however, has been labeled—fairly or not—as a host amiable to Democrats and acrimonious to Republicans. As the anti-Russert. Perhaps that reputation—pushed heavily by conservative media—is alienating enough of his audience to create the difference between gold and bronze on the ratings medal stand. Ironically, the same charges of bias are fewer and far between when it comes to Sunday morning competitor George Stephanopoulos (ABC’s This Week)—who was White House Communications Director under former President Clinton. CBS’ Bob Schieffer gets hit by the right once in a blue moon, but is largely seen as an honest broker as well.

All of that said, the news of an outside consultant being commissioned to analyze the host of a venerable-but-struggling NBC franchise can’t be a good thing when it comes to improving Mr. Gregory’s reputation inside the media bubble and out. And it’s not the first rumbling about MTP to escape the walls of 30 Rock lately, either.

Last year, after new NBC News President Deborah Turness came on board, talk of everyone from Chuck Todd taking over the program to Joe Scarborough and Mika Brzezinski turning the show into Morning Joe…Weekend Style! ran the gauntlet. A Joe/Mika proposition is obviously a longshot, but a Chuck Todd scenario certainly is not. After all, with the midterms coming and the 2016 campaign season already starting next year, the timing of the Gregory “branding” story going public now could be the start of a transition from the current host to his heir apparent.

Fourth-quarter numbers in 2013 show the lowest total viewers the program has had in a final quarter since 1991, when Russert first started. In the key 25-54-year-old demo, it marked the lowest ratings in the show’s history.

And because nothing happens by accident…with NBC willing to allow information like this to go public…the proverbial writing is on the wall.

This is an unrecoverable situation for David Gregory.

Meet the Press will live on.