Concha: Sponsors Talk Tough, Do Nothing in Soapbox Sermon to NFL

Concha: Sponsors Talk Tough, Do Nothing in Soapbox Sermon to NFL 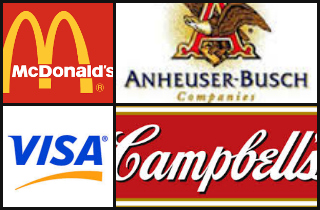 We’ve seen this movie before.

Bad behavior of a celebrity or athlete leads to media chaos.

Sponsors weigh short and long term benefits and either pull the plug or try to ride it out. Neither decision is made because of right or wrong, or because of any moral clarity or expectation. It’s simply a matter of: “We’re paying this person X (usually seven figures). He’s hurting our product to an estimated tune of Y (usually seven figures). We can legally break our contract and move on to the next best thing (and there are always plenty to choose from) or weather the storm until this thing blows over.”

So it’s hilarious — and a bit pathetic — to listen to Anheuser Busch, Visa, McDonalds and Campbell’s Soup voice their disapproval and disappointment over the way the NFL has handled the Ray Rice and Adrian Peterson controversies that have resulted in the worst PR two-week stretch arguably in the history in the league. The old rule is to always judge by actions, not words. Using that criteria, AB, Visa, McDonalds and Campbell’s are simply all talk, as none plan to do anything but stand on a soapbox without actually doing anything to hurt the NFL’s — and their — bottom lines.

Why? Because any action taken — such as actually ending or at least temporarily suspending their sponsorship agreements with the league — would mean no more access to the millions (men and women) who eat and breathe professional football on a Thursday, Sunday, Monday basis. When Tiger Woods was embroiled in a huge mess six years ago allegedly involving Ambien, Vicodin, an understandably jealous wife, an eight-iron, an SUV and a tree, sponsors jumped faster than Elin from the marriage (Gatorade, AT&T, Accenture, Gillette… even Golf Digest discontinued Tiger’s monthly advice column).

Nike had the biggest contract with Woods ($20 million annually), as the golfer pretty much single-handedly launched the company’s very lucrative golf line (balls, shirts, clubs) into another stratosphere. To that end, Nike isn’t leaving Adrian Peterson, nor they didn’t dump Woods. Say what you will about Nike Chairman Phil Knight… he’s two things: Loyal to a fault and consistent. (Update: Nike announced Wednesday afternoon that the company will be cutting ties with the Minnesota running back. That said, Nike’s $1.1 billion apparel contract with the league will not be affected by the decision, nor has Nike remotely indicated it would boycott or suspend that contract in any capacity).

Meanwhile, cable news continues its daily outrage exercise as the story continues to unfold (despite Rice and Peterson getting nowhere near a field anytime soon). But the people I speak to — the fantasy owners, the regular fans at the local sports bar.. .even when overhearing conversations on the train — all aren’t nearly as horrified by the NFL as various hosts are, or are at least pretending to be.

Yes, there are plenty of bad actors in the league. Read up on Greg Hardy (Carolina Panthers) or Ray McDonald (49ers)… not household names like a Peterson, but not exactly the guys you want your daughter bringing to the next family picnic, either. However, nothing compares to the Rae Carruth story (former receiver, Panthers), who only conspired to have his girlfriend murdered (and also happened to be eight months pregnant at the time). Short version: Cherica Adams was shot four times by a man Carruth hired and died one month later after being in a coma. And while the baby survived, a premature birth resulted in him having cerebral palsy.

So while sponsors are also playing the outrage game, none are willing to truly act (outside of Radisson Hotels, who suspended their sponsorship with the Vikings after the Peterson news broke). They see the attendance figures around the league in its first two weeks and see no change. They see TV ratings going up, albeit slightly, not down because the backlash simply doesn’t exist.

The celebrity aspect puts a bleach light on domestic and/or child abuse, but it’s not like we haven’t seen this movie before.

In the meantime, sponsors and politicians will continue to speak out. They’ll get their 15 minutes on the soapbox. And after this all goes away in a week, all will continue to go about their business.

All without, you know…actually doing something.