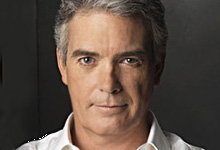 The anticipated changes at CNN’s poorly-rated American Morning–including the departure of co-host John Roberts–were confirmed in a memo to staff from CNN boss Ken Jautz.

According to Jautz, Roberts will leave the show in the next few weeks and he’s expected to land in Atlanta in a reporting role. But the morning memo reveals more changes at AM, including the departure of executive producer Jamie Kraft, who’s headed to NBC Nightly News, and format changes designed to make the morning show “better suited to the morning and to better reflect the way people view news as they’re getting going with their day.”

First, we are announcing today that John Roberts will be leaving the morning show by the end of the year, and we are discussing an Atlanta-based reporting role for him. John told me about his desire to be based in Atlanta so as to be near his fiancé and his desire to be able to spend more time reporting in the field on major stories and on documentaries.

Also, Jamie Kraft has accepted a role outside the company. Jamie has been a strong producer for both AC360 and American Morning and a great colleague, and we wish him the very best.

Moreover, we have been making some format changes to the show to make it better suited to the morning and to better reflect the way people view news as they’re getting going with their day. By that I mean I’ve asked for the show to be more upbeat and faster-paced and for us to look carefully at the kinds of stories we’re covering during that daypart. We’ve already started in this direction — you may have noticed fewer long packages and a broader selection of stories and some changes to the set and look of the show — and we’ll be continuing down this path.

I want to make sure we have the right “American Morning family,” as it were and we will be looking at different people alongside Kiran on a rotating basis. Beginning next week, TJ Holmes will be the first to co-anchor with Kiran and you may see some new contributors as well.

I’ve asked Jim McGinnis to take over immediately as the interim EP for American Morning to implement these changes. As most of you probably know, Jim is a long time CNN veteran and has been running key shows and projects for us for many years, so AM will be in good hands with him.