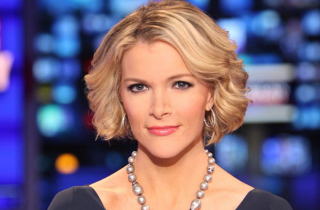 The Atlanta Journal-Constitution‘s Jim Galloway points to a conservative group that is deeply worried about Fox News’ new “pro-gay agenda.”

Wait, what? Did you read that correctly? Yes, you did.

A new “study” from a group called America’s Survival laments the egregious “pro-homosexual advocacy” of Fox’s new primetime host Megyn Kelly. The group sees a devious shift in Fox’s treatment of the homosexuals via their removal of Sean Hannity from the 9 p.m. slot. From the press release:

“Pushing Sean Hannity out of the 9:00 p.m. slot, to make way for pro-homosexual advocate Megyn Kelly, is another sign of the channel’s left-ward drift and decline,” said ASI President Cliff Kincaid, a veteran journalist and media critic.

The report includes a lengthy section titled “Fox News Joins the Pro-Homosexual Media Bandwagon,” in which the group wrings hands over how Fox has “increasingly adopted a libertarian brand of ‘conservatism’ that eschews or downplays social issues, especially homosexuality, as too ‘divisive.'” The emergence of this “neutral (or shallow)” coverage of homosexuality has been exacerbated by the “pro-LGBT” advocacy of hosts like Kelly, Bill O’Reilly, and Shepard Smith.

Each “pro-gay” Fox host has their own special section in the report, in which ASI chronicles the many ways these on-air personalities defile conservative values and whatnot.

The authors suggest Shepard Smith is “the next Anderson Cooper” for being what they deem a “closeted homosexual.” In another section, Fox News Sunday host Chris Wallace is lambasted for exploring the possible “homophobia” of certain Republican congressmen.

Even popular talk show The Five is decried as “five-for-five pro-homosexual.”

But much of the pearl-clutching is saved for Megyn Kelly. After all, she was the harlot who set O’Reilly up for his infamous “Bible thumpers” remark. ASI cites the below passage from her 2012 interview with an evangelical pastor as clear-cut evidence of her devilishly “pro-homosexual agenda”:

“This country has a long history of discrimination against certain groups. Eventually we wind up getting it right. Right? Against women, against blacks, the civil rights movement and so on. And in justifying that discrimination when it was in place, some folks turn to the Bible and turn to their religious beliefs and said we have to have slavery because it’s in the Bible. Women have to be second-class citizens because that’s in the Bible. Blacks and whites can’t get married because that’s in the Bible. That wound up in a case. A judge wrote that in an opinion, which the Supreme Court ultimately struck that down, saying, ‘That’s not right, judge — the Equal Protection clause says you can’t do that.’ Why is gay marriage any different?”

So… in other words… the cold, hard truth counts as evidence of Kelly turning to some dark side and spitting upon conservatism?

One could take this passage as proof that, deep down, ASI isn’t interested in any semblance of truth or objectivity. They just want to have their increasingly archaic anti-gay views coddled by a news network, regardless of when things like the truth offends them.

Or maybe they just want Todd Starnes to host every single hour of Fox programming.