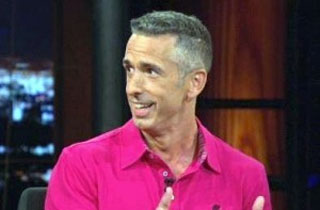 Dan Savage doesn’t even have a sitcom based on his life yet, though there is a pilot, starring Martha Plimpton, currently in production at ABC. But that hasn’t stopped social conservatives from mounting a campaign against the embryonic show.

The Media Research Center and Family Research Council’s efforts to kill the show (tentatively titled The Real O’Neals) have already begun: According to the Associated Press, “their members have sent more than 21,000 postcards and made more than 4,000 telephone calls” demanding that the network nix the show.

In a letter, the presidents of the two groups, Tony Perkins and Brent Bozell, claimed that while they were kind of “resigned” with the gay-oriented plot of the show — “Where is the market demand for this? You might even resign yourself that this is the way that it is,” Bozell noted — they really only had a problem with Savage, whose persona personally offended them.

“They’re choosing him for his signature, which is religious bigotry and personal offensiveness, not because he’s gay,” Bozell said in the letter. “There are a thousand and one gay people they could have chosen.”

Rest assured, the show — which hasn’t been green-lighted yet — will likely be marginally based on Savage’s life:

While elements of the pilot were inspired by his experiences growing up in Chicago — the father is a Chicago police officer — the show “has evolved throughout the development process and it wouldn’t be accurate to describe it as autobiographical,” said Savage, an executive producer of the series.

In some respects, the series development appears similar to the current ABC comedy “Fresh Off the Boat.” That show, about a Taiwanese family trying to adjust to life in the United States, was inspired by food personality Eddie Huang’s memoir about his childhood.

(We’d also like to point out that if they were truly offended by Savage’s “personal offensiveness,” they probably would have had a shitshow with Huang’s ABC sitcom, since it was based on a person who pretty much embodies most of the topics the FRC sternly opposes.)

Savage, for his part, isn’t too worried and called the campaign “misdirected, as the show isn’t by me — I’m not one of the writers — and it isn’t about me.”