Cover Your Ears: Fran Drescher Is Getting Her Own Talk Show 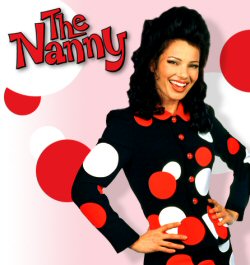 The program, imaginatively called The Fran Drescher Show, will “cover all my passions, everything from pedicures to politics,” according to the star of The Beautician and the Beast. But don’t expect Drescher’s show to be all sweetness, light, and braying; the actress, who is a survivor of both uterine cancer and rape, also plans to share “life lessons” with her audience.

Only lucky viewers in New York, Los Angeles, Philadelphia, Phoenix, Minneapolis and Orlando will be able to watch Fran Drescher beginning November 26. Fox Television Studios is testing out the show in those cities; if it does well, it’ll eventually be syndicated nation-wide.

Which raises an important question: who’s next? Could Alfonso Ribeiro, who played Carlton on The Fresh Prince of Bel Air, host a reality competition that searches for the best spastic dancer? Will Jaleel White make a last-ditch bid for relevance in a show called I’m Not Urkel? Is Tim Allen going to direct and star in a poorly-received, low-budget film? Oh, wait…