Anxiety In The Post-Rick Sanchez Era: A Cuban-American’s Response To The Meltdown 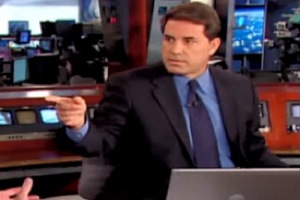 For most media consumers, yesterday’s Rick Sanchez Spectacular was a bewilderingly stupid (but fun!) way for the perceived-to-be dumbest news anchor on television to make his exit. For Cuban-Americans like me, the group Sanchez seemed to have been trying to defend (?) in his ill-advised rant, it was a disgrace from which it will be difficult to recover.

A few weeks ago, our own Rachel Sklar wrote an article describing the problematic lack of minorities on cable news. It was ahead of its time in that this topic was at the core of Sanchez’s implosion, an event that at least presents the opportunity to discuss the topic when, really, it should have (and, in this case, was) brought up long before. I approached her with some ethnic confusion of my own: after 50 years of assimilation and very little physiological differences, do Cubans count as minorities anymore? I noted that she had excluded Sanchez from her piece, the highest-profile Latin American anchor in American cable news history. We never came to a definitive conclusion on that, but the fact that he slipped under the radar led me to conclude that we had reached a point of racial transcendence where Cubans were just another white ethnic group, and that Sanchez was no more of a minority than George Stephanopoulos or Charlie Gasparino.

Apparently, Sanchez disagrees. Viscerally. And before going completely off the rails in his radio interview, he had made a valid point: racism in the workplace is subtle and often takes a keen eye to find. For any member of a minority that has had received worse service at a business or been the object of near-silent discrimination in the workplace, his words resonated. For any Cuban-American who tried to get a job in New York in the 1970s or ’80s, the words rang true. And for someone in my shoes, who had heard all the horror stories from white bosses that came before from family friends and relatives, it was very easy to see where he was coming from. What didn’t ring true, however, was that he claimed this was all still happening, at a time when it appeared almost no one remembered (or cared to remember) Sanchez’s ethnic background unless they, too, shared it, and felt obligated to carry the burden of calling him one of our own.

Before he decided to state publicly that all of his bosses were racists and the media were controlled by Jews, Sanchez was only marginally embarrassing, making silly rookie mistakes like reading straight off the teleprompter, pointlessly escaping a sinking vehicle, asking someone what meters are “in English“… typical but innocuous doltish fare. That last one is almost forgivable, in that it the standard system of measurement used in the US is called in Spanish the “English” system, and that he named his book Conventional Idiocy was like a wink to let us know he was in on the joke.

He is no longer that dolt Cuban Americans can be passively embarrassed about but secretly more than a little proud of. After all, dolt or not, Sanchez achieved what no Cuban-American– or Latin American– had done before: he was hosting the 8PM spot on CNN, the flagship cable news network. Gaffe though he may, Sanchez gaffed right through the glass ceiling.

Now one can’t help but feel his gaffe– or, rather, purely offensive invective– has somehow glued that ceiling back together. From an outsider’s perspective, the idea that Sanchez has somehow completely discredited everyone of his ethnic background seems ridiculous and, factually, it is. Believing that it will now be more difficult for Cuban Americans to get jobs in the media would be to believe in Sanchez’s version of reality, where the vast left-wing Jewish conspiracy actively works to keep minorities down. Anyone who has ever worked in any area of media and met any left-wing and/or Jewish person ever would know better than to believe that it’s true. And yet, Sanchez’s self-destruction has engendered a latent anxiety that it is through his prism that Cuban Americans in the media will be seen– a similar anxiety, one can imagine, as any minority feels when a member of their community publicly humiliates themselves. It is not new, nor is it unique, but it is certainly unnecessary. As much as Sanchez’s hard work was a point of pride for those of us in the community who find a dearth of role models in this industry (and, due to numbers alone, in any industry), this incident has set his alleged cause of racial transcendence back beyond from where it was before he came on the scene to begin with.