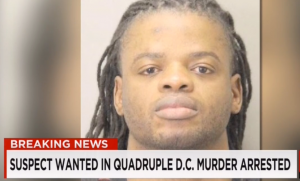 UPDATE — 05/22/15, 1:05 a.m. ET: Daron Dylon Wint was arrested tonight in Washington, DC. (see video below)
— —
Last week, three members of a wealthy Washington, D.C. family, along with a housekeeper, were found tortured and killed in their home, which was then set ablaze by an unknown assailant. Now, authorities have named Daron Dylon Wint as the prime suspect in the murders. And they identified him using DNA left on the crust of one of two pizzas he ordered while holding the family hostage.

CNN reported Thursday that police are searching for the 34-year-old Wint, who is believed to have traveled from D.C. to New York City and has previously faced charges of “theft, assault and a sexual offense.” He is wanted for first-degree murder in the deaths of Savvas Savopoulos, the CEO of a Maryland building materials manufacturer, his wife, Amy, 10-year-old son Philip and their housekeeper, Veralicia Figueroa.

As for motive, police believe Wint was looking for money. During the incident, one of Savopoulos’ employees dropped off $40,000 in cash at the home for the suspect. He is believed to have escaped in the family’s Porsche, which was later found burning in the parking lot of a church in Maryland.

Police released photos of the suspect below and ask anyone with information about his whereabouts to call 202-727-9099. 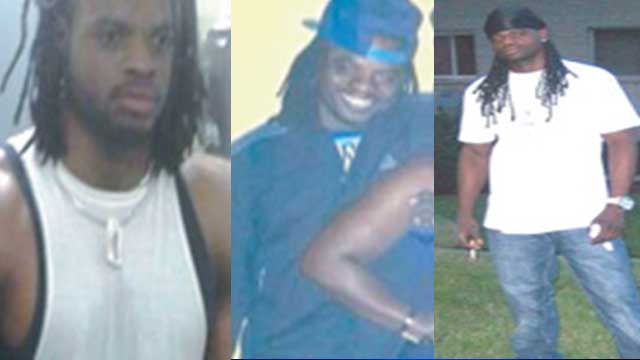 Officials held a press conference to update the public on the case Thursday afternoon. Watch video below, via CNN: