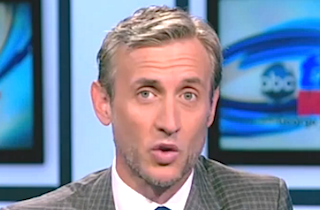 This past week, 19-year-old Owen Labrie was found not guilty of forcibly raping a now 16-year-old girl at St. Paul’s prep school in New Hampshire, but was convicted of misdemeanors for having sex with someone under the age of consent and a felony for using a computer to “lure” her. On This Week today, Mediaite founder and ABC’s Chief Legal Analyst Dan Abrams answered the question was this justice?

“I think you can make a very strong argument that justice was served,” Abrams said of the controversial case, calling the outcome a “compromise verdict” that could still put the defendant behind bars for a significant amount of time. Abrams pointed out that some of the victim’s actions and comments after the incident presented challenges for prosecutors on the issue of consent but that the jurors simply did not believe Labrie that he did not even have sex with the then freshman (he was a senior).

As a result of a case like this, Abrams said he expected to see schools doing more to prevent rape on campus and responded to those saying the acquittal on the most serious charges will scare away victims: “To those who say a case like this is going to prevent rape victims from coming forward, I think it’s just the opposite,” he said, “which is to say, even if someone doesn’t do everything that they should have. . . they can still get some amount of justice.”