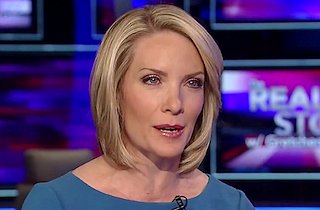 Former White House Press Secretary Dana Perino provided Fox News’ Gretchen Carlson with some insight into the brouhaha between current WHPS Jay Carney and ABC News’ Jonathan Karl, defending Carney for his tough job but not envying him for having to answer questions about the troubled Obamacare rollout.

“When you’re the press secretary, one of the things you like to do is be like a duck,” Perino said. “It looks calm on the surface, and underneath you might be paddling furiously. But there are going to be moments—because press secretaries are humans—when you lose your temper or you respond in a way that you might not have if you had your cool collection in place.”

Carlson asked if she thought Carney was reprimanded for the incident.

RELATED: The Five Asks if ‘Snarky,’ ‘Arrogant’ ‘Jerk’ Jay Carney is ‘Losing It’

“I would imagine that in the White House that people were looking at Jay with sympathy, and a little bit of teamwork, patting him on the back and saying ‘I don’t know how you do it every day, I would have lost it a long time ago with those folks,'” Perino said. “I don’t know what the management style is at this particular White House. Sometimes it is better to give someone a hard time, and say ‘Don’t you ever do that again.’ I would crumble if somebody said that to me.”

“It’s not like Jay Carney has spent a bunch of years at the podium getting tough questions,” Carlson said.

“He used to try to ask tough questions,” Perino said. “He was the bureau chief for Time Magazine before I became press secretary and Time Magazine knew how to ask a tough questions. But one of the big problems for him right now is he’s trying to defend the indefensible. It’s plain in black and white, you can run all the tapes: President Obama clearly said if you like your health insurance plan you can keep it. So when reporters are listening to him, they’re saying ‘How are you trying to explain this away? You can’t possibly believe this.'”

“Obvious they used a campaign tactic— ‘if you like your insurance you can keep it’—in order to pass the bill, and now they’re having to eat crow,” Perino concluded. “It’s better to eat crow early.”

And the original conflagration, via the White House: