David Axelrod: ‘It Would Be An Insult To The Hispanic Community’ For Marco Rubio To Be On GOP Ticket 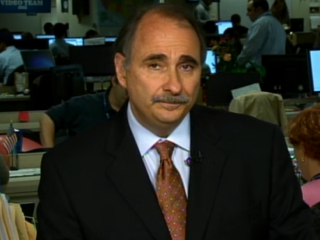 Senior Obama campaign adviser David Axelrod does not believe that Mitt Romney has a chance against his candidate in the Latino community, basing his opinion on yesterday’s Al Punto (Univisión’s Sunday morning politics program) on a belief that immigration and social programs are the most important issue to Latin Americans. When asked if choosing Cuban-American Senator Marco Rubio as a vice presidential candidate could help Romney make up some lost ground, Axelrod not only believed Sen. Rubio to potentially have no impact in the campaign, but called putting him on the ticket “an insult to the Hispanic community.”

RELATED: Marco Rubio: Romney Presidency Will Be ‘About Making And Keeping America Special’

In a wide-ranging interview with Univisión’s Jorge Ramos, Axelrod first explained why the economy was lagging and what that could mean for the Obama presidency, arguing that the economy was better than in 2008 and “Mitt Romney wants to go back to what we were doing before.” Asked if President Obama has “a Hispanic problem” given the record high numbers of deportations and lack of any palpable immigration reform he has led in Congress, Axelrod blamed Republican leadership. “It was the Republican policy to pander to the nativist vote in their party,” he argued, causing Democrats to have no ability to legislate properly even with leadership from the executive.

On the topic of Sen. Rubio, Axelrod throught it offensive to consider Sen. Rubio to be a heartbeat from the presidency. “I think it would be an insult to the Hispanic community to choose Sen. Rubio if he thinks that is some sort of Get Out of Jail Free card,” Axelrod argued, claiming that it “wouldn’t change the fact that [Romney] vetoed the DREAM Act… that he’s embraced Sheriff [Joe] Arpaio.” He concluded that “if people vote their self-interest, no matter who is on the ticket with Mitt Romney, the choice is clear.”

The comment is interesting for a number of reasons– the first and most obvious being that it is insulting in itself to think that trusting someone of Latin American descent to share a ticket is an “insulting” thing to do. Certainly Democrats didn’t seem to think it insulting to women when Walter Mondale chose Geraldine Ferraro as his vice presidential pick. Then there is the reason why Axelrod thinks choosing Sen. Rubio would be insulting– a reason that exposes his complete lack of understanding of how the Latin American community functions. He claims that the reason it would be insulting is because Romney opposed the DREAM Act and associated with Sheriff Arpaio, exclusively reasons relating to the issue of immigration, and almost exclusively relating to Mexican American immigration. As was repeated ad nauseum during the Republican primaries, immigration is not an important issue to much of the Latin American community, and especially to Latin Americans from the Caribbean– the natural-born citizens of Puerto Rico; the political exiles of Cuba that call Sen. Rubio one of their own. Plenty of recent polls show that immigration is not the most important issue in the Latino community– education is– yet people like Axelrod continue to brandish Sheriff Arpaio as a bogeyman while claiming any respect for Latin American senators is a sign that Latinos are being used to court votes and that is “insulting.”

This race is a close one not because of any headway that Mitt Romney has made in the election. It is close because the Jim Messina-led Obama campaign looks nothing like the David Plouffe 2008 version– it is negative and nagging and consistently tells entire communities how they should feel about issues that do not effect them in any monolithic way. Axelrod would be better served letting Latino voters decide for themselves whether the warmth in the Republican Party towards Sen. Rubio is “insulting” or otherwise.

The clip via Univisión below: