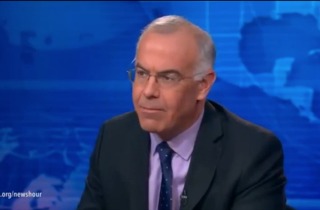 According to New York Times right-leaning columnist David Brooks, President Barack Obama has run an “amazingly scandal-free” administration, with especially “scandal-free” hires at his side.

The pair to an agreement over what they perceived to be a contrast between the current administration’s background versus previous ones’. Transcript via Real Clear Politics:

We have seen a disturbing undercurrent in American life, I guess, and maybe in world life, of this sort of thing. I am struck, as Mark just mentioned, the whole litany of people, especially of that era, who were involved in some scandal or another. Some of it was sexual. Some of it was more financial, even Tom DeLay’s, Speaker Wright. And it was just all concentrated in a lot of people all at once.

Does politics attract such people? I don’t know. Is it prevalent in society? It’s certainly a reminder of original sin. The other thing, though, I did want to say that there are people in American life to whom this has not happened.

And so there are people in Washington who do set a standard of integrity, who do seem to attract people of quality. And I think that’s probably true of the current group. I hope it’s true of the current leadership group in Congress. But — so they’re not all involved in scandal.