Dear Jay Carney: This Is America And We’ll Talk About What The Hell We Want To Talk About

Dear Jay Carney: This Is America And We’ll Talk About What The Hell We Want To Talk About 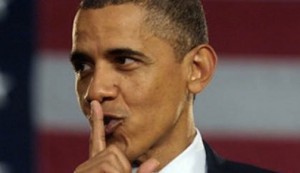 The tragic massacre in Connecticut is still unfolding, but one thing is clear: at least 18 children and 8 adults are dead today at the hands of a gunman who didn’t deserve the quick death he got. If there were some way to reanimate that murdering bastard and kill him slowly, I’d vote for it. What’s President Obama‘s stance on the Reanimating Child Murdering Bastards So We Can Re-Kill Them At A Slower, More Painful Pace Act Of 2012, which I’m currently drafting? According to White House Press Secretary Jay Carney, this is not the day to talk about that.

At today’s White House daily briefing, Carney explained that we should “view this as I know the president, as a father, does, and others who are parents certainly do,” but that today is not the day for “discussion of the usual Washington policy debates.”

If the President is like every other parent in the world, then the thing that he’s thinking right now, besides my reanimation law, is the guns that were used to end those innocent lives. If he’s like me, and millions of other parents, he’s thinking “That guy should not have had those guns.”

There may be some parents out there who think “All of those teachers should have had guns,” but it’s a safe bet they’re all thinking about the guns. But, as is always the case, there are scolds who insist that we not talk about the guns, because respect, or something. There is no other issue I’m aware of that produces this sort of social gag order. If 18 children were poisoned by their school lunches, it would be moral malpractice not to immediately talk about, and act on, food safety. President Obama would be impeached over this sort of inaction.

But guns are protected, not by the Second Amendment, or not just by the Second Amendment, but by a political system that gives gun profiteers outsize influence over our laws, and by politicians too afraid to lead on the issue. Today would be a bad day to let me be in charge of gun policy, to be sure, because I, and many other parents, would likely scream fro the depths of our souls that no person in the United States Of America should own a gun, unless they’re a police officer or a soldier, because we would do anything, anything, to erase this tragedy. You wanna hunt? Use a knife, or get your meat at Shop Rite like everybody else.

The elementary school my kids go to is guarded by a police officer behind a locked door, just in front of the principal’s office, and while that offers some grim peace of mind, that police officer (who probably favors at least reinstating the assault weapons ban) would have been badly outgunned by the murdering bastard who attacked in Connecticut today. and his possible accomplice. My kids would be much safer in a place like the United Kingdom, where no one is allowed to have a gun, and gun homicides are less than a tenth what they are here.

By the same token, if there are people whose first thought is that we need to have fewer restrictions on guns, or that the Second Amendment contains a principle worth our children dying for, I can think of no better day than today for them to make their best case. That’s a fair, legitimate argument to make. There are principles greater than individual lives, as our history has shown, and although I don’t agree that restricting gun ownership even violates the Second Amendment, but today is the day I need to hear that argument, today is the day that case needs to be made.

Our Constitution protects the right to keep and bear arms, a protection that has been interpreted, by our Supreme Court, as an individual one, so that’s not a very realistic solution. Like other freedoms, though, we are free to place reasonable limits on that right, but we choose not to. There are activists who blame President Obama for the absence of any gun regulation at all in his first term, but clearly, there is no political will to enact any.

What we can expect, and must demand, is that, with no more elections to win, the President should stop jerking us around about “enforcing existing laws” and arriving at a “consensus,” and actually lead. I did not vote for someone because I wanted him to achieve consensus with people who are clearly insane, who cannot even grasp the idea that an ordinary citizen does not have a legitimate reason to own an 18-shot magazine. If the President sought consensus with Hannibal Lecter, we’d all only have half a liver.

But the very least we can expect, the absolute minimum Americans have a right to expect, a right that shows up even earlier in our constitution than the right to keep and bear arms, is the right to talk about it today, and the right for us to say shame on the President, and on Jay Carney, for refusing to.

After the writing of this column, President Obama delivered an emotional statement in which he said “We’re going to have to come together and take meaningful action to prevent more tragedies like this, regardless of the politics.”

What form that action takes remains to be seen, but President Obama showed true courage, long overdue, in speaking up today, the day when it is most needed.