Democracy In Action: President Obama Explains Why He Needs To Use A Super PAC To…End Super PACs
video

Democracy In Action: President Obama Explains Why He Needs To Use A Super PAC To…End Super PACs 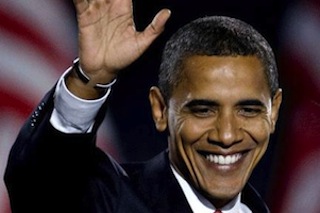 Super PACs have been facing heavy criticism since the moment they were created but, lately, that outcry has become nearly deafening. One of the harshest critics has been President Obama. That’s why it was awesome for his campaign to write a blog post explaining why they need to eliminate Super PACs by winning the election…using a Super PAC. Basically, Obama needs to join in the rush to ruin democracy if he has any hope of saving it.

“The President opposed the Citizens United decision. He understood that with the dramatic growth in opportunities to raise and spend unlimited special-interest money, we would see new strategies to hide it from public view. He continues to support a law to force full disclosure of all funding intended to influence our elections, a reform that was blocked in 2010 by a unanimous Republican filibuster in the U.S. Senate. And the President favors action—by constitutional amendment, if necessary—to place reasonable limits on all such spending.

But this cycle, our campaign has to face the reality of the law as it currently stands.

Over the last few months, Super PACs affiliated with Republican presidential candidates have spent more than $40 million on television and radio, almost all of it for negative ads.

With so much at stake, we can’t allow for two sets of rules in this election whereby the Republican nominee is the beneficiary of unlimited spending and Democrats unilaterally disarm.

Therefore, the campaign has decided to do what we can, consistent with the law, to support Priorities USA in its effort to counter the weight of the GOP Super PAC.”

Simmons was a guest on Starting Point and was discussing the designer clothes he’s produced for the President’s campaign. The Republicans have been trying to stop the sale of such items because they believe it’s possible that it breaks campaign finance rules. This only makes sense. Why shouldn’t we have a system so confusing that it’s totally legal for corporations to secretly funnel millions and millions of dollars into campaigns but people aren’t sure if you’re allowed to sell a tote bag?

Anyway, Simmons defended the Obama products and used that to go into broader topics:

“I think the president should use whatever resources he has within the law. But, you understand, the problem is the law. The problem is that we allow so much money in politics and there are so many people funding horrible- These super PACs have gotten out of control. It’s crystal clear, when you watch the Republican primary, that it’s only money that rules this democracy. And, until the laws are changed, the president should play by any rules available.”

Soledad O’Brien challenged him, saying that this is the “art of mutual destruction.” Simmons countered by comparing it to the fight over the tax cuts for the rich. He pointed out that he’s all for raising the taxes on the rich and that he’d like to pay higher taxes, but, until the rules are changed and every rich person is paying higher taxes, he’s not going to “write a blank check” by himself. Basically, he knows what’s right but he’s sure as heck not gonna be the first fool to try it.

That may sound like a depressing way of looking at things, but it’s necessary. Lets go back to Obama’s need to use a Super PAC. If the Republicans are ruining the sport of baseball by pumping their bodies with democracy ruining steroids, President Obama doesn’t have a chance of winning a game unless he grabs the needle too. Then, after he’s won the World Series, he can eliminate the performance enhancing drugs.

Sure, Super PACs make it so that anyone who isn’t a billionaire or a corporation has basically no say in our government, but we need to use them to destroy them. To use another, more Swiftian, analogy, lets say the presidency was decided by an eating contest but, instead of eating hot dogs, the food of choice was poor people’s babies. The Republicans have already eaten millions of babies. President Obama needs to pick up a fork soon, or he won’t be able to save our children in the future.

We can only fix our problems by embracing them. We can only become a good America again by becoming the best bad America we can be!