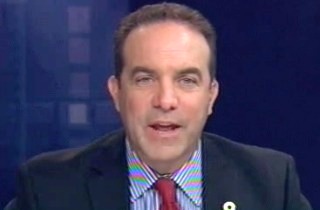 A Denver sports anchor apologized after getting some flak for a short quip he made at the start of a story about Alzheimer’s. Broncos owner Pat Bowlen had stepped aside last week to get treatment for Alzheimer’s.

KUSA sports anchor Drew Soicher opened his report on that by saying, “So much talk about Alzheimer’s at Broncos training camp that you wonder if that’s the name of a new player on the roster.”

Soicher immediately got blowback for that quip, with some upset people taking to Twitter to complain.

@9NEWS,@DrewSoicher,@alzheimerssoc Boycotting 9NEWS until Soicher takes social responsibility with an apology for his Alzheimer's tacky puns

@denverguitar1 I'm sorry to hear that. I've never personally known someone who has Alzheimer's. Soicher is so tasteless.

Alzheimer's is no joke, thanks for your sensitivity mr soicher….

Drew Soicher has always been annoying, using Alzheimer's as a punchline is a new low for him

Soicher responded by posting the full context of that line and apologizing for anyone who was offended by what he said.

To clarify, I am not joking about anybody’s illness. In an attempt to convey the information about the prevalence of conversation regarding Alzheimer’s disease at Broncos training camp (Pat Bowlen’s resignation as CEO and the death of Demaryius Thomas’ grandmother), I delivered a line which some viewers found offensive. For that, I sincerely apologize.

Alzheimer’s is a horrible, insidious disease which affects the memory, thinking and behavior of more than five million Americans. There is nothing funny about it. I was not striving for humor.

I hope the courage of the Bowlen family triggers a discussion that leads to a greater awareness of a serious issue.

Watch the video below, via KUSA: