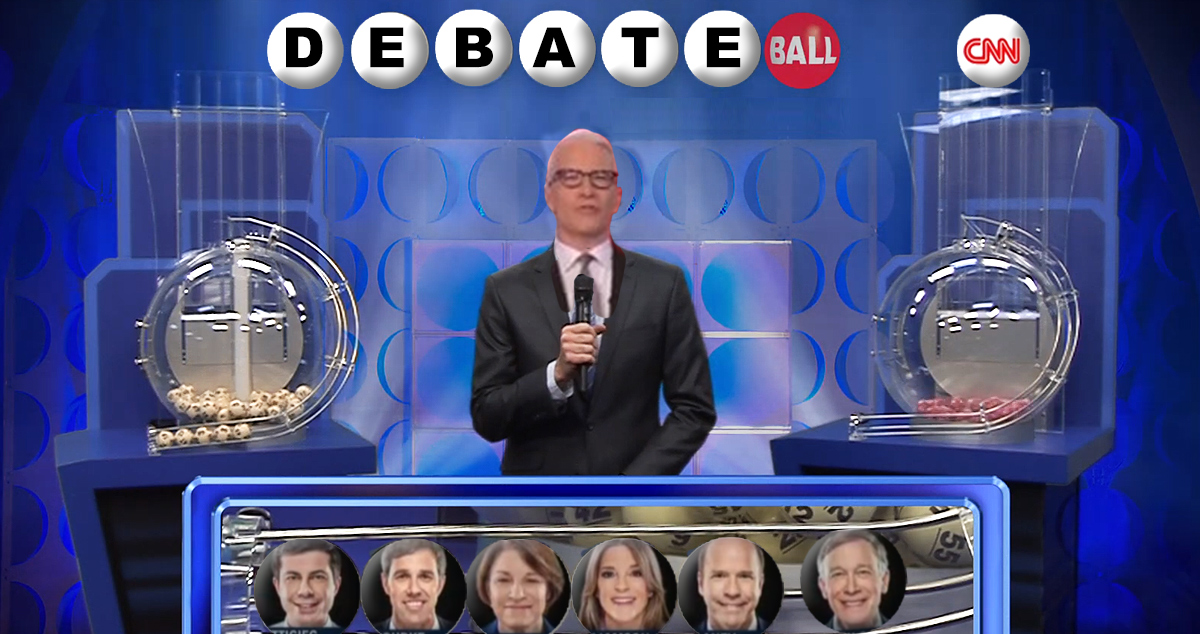 Despite lead-up, heavy promotion and an all-star line up of anchors and panelists, CNN’s “The Draw” pulled slightly below average ratings compared to a regular episode of Anderson Cooper 360.

CNN’s Democratic Debate Draw at 8 p.m. only averaged 1.031 million total viewers and about 223,000 viewers in the advertiser-coveted adults 25-54 demo. According to early Nielsen Media Research, those numbers put CNN in third place for the time slot – behind Fox News’ Tucker Carlson Tonight and MSNBC’s All in with Chris Hayes.

The special event was also down noticeably in the 25-54 demo, compared to Cooper’s current year-to-date average of 271,000 viewers, according to Nielsen research — representing a drop, for the special, of nearly 18 percent from a regular hour of AC:360 in that category. AC:360 averages 1.034 million total viewers, which is also slightly higher than The Draw’s viewership.

The event drew some mockery on social media — akin to a PowerBall lottery drawing with multiple camera angles to capture CNN anchors picking names out of boxes.

The special event, anchored by both Wolf Blitzer and Anderson Cooper, called in a dozen CNN personalities to draw names and speculate on what the debate night matchups may mean for candidates.

The Washington Post’s media critic Erik Wemple was unsparing in his criticism.

“It was called “The Draw” — a programming block designed, perhaps, as an experiment with this inspiration: How complicated and baroque can we make the process of dividing a pool of candidates into two separate lots? If you’ve used the “poop cruise” or the MH370 coverage or the election-night holograms as punchlines for CNN, you now have a new one.”

The second set of Democratic primary debates air on CNN in two weeks, the nights of July 30 and 31.