Dick Morris Calls Ron Paul ‘The Most Liberal, Radical Left-Wing Person’ To Run For President In The Last 50 Years 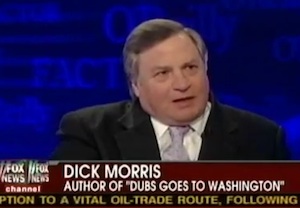 Dick Morris appeared on Wednesday’s Eric Bolling-hosted O’Reilly Factor and made a bold proclamation that Republican frontrunner Ron Paul was “the most liberal, radical left-wing person to run for president in the United States in the last 50 years.”

RELATED: Dick Morris: Ron Paul Is By Far The Most Liberal 2012 Republican

Earlier this week, the Fox News commentator had said the plucky Libertarian was a “nut” and the most liberal of all the Republican candidates, but went the extra mile yesterday by grandiosely claiming Paul to be the “most liberal person” to run in for President in the last half-century.

Bolling asked Morris why Paul was polling so well.

But does Morris’s claim that Paul is the most liberal person in modern times to run for president check out?

Here is Ron Paul’s ideological chart, courtesy of OnTheIssues.org, and as you can see, Paul lands in the high right section of the chart, indicating a libertarian economic stance and conservative positions on social issues. 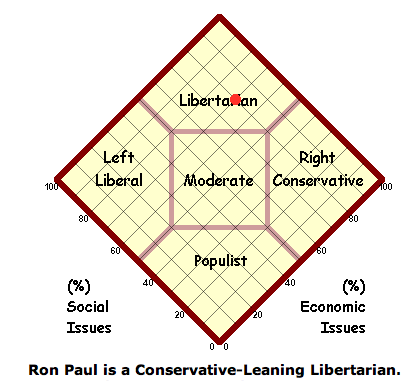 According to On The Issues’ ideology chart, President Obama is considerably more liberal than Paul. 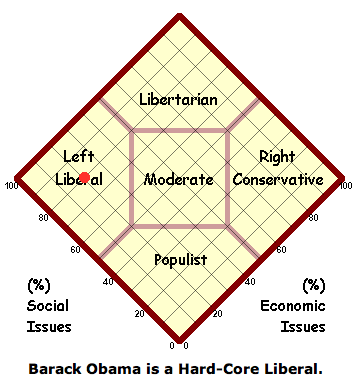 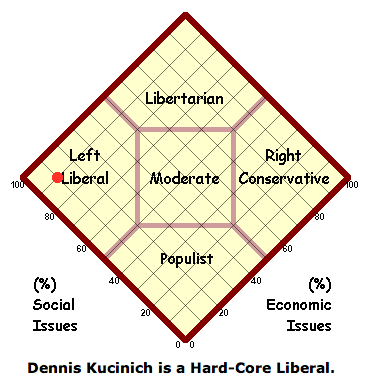 And, if we were to do an honest assessment of the most liberal, mainstream person to ever run for president in the last 50 years, the 2008 Green Party candidate Cynthia McKinney might be the closest. 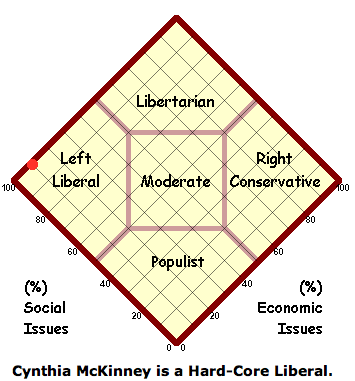 Watch Morris’s attack on Paul below via Fox News: