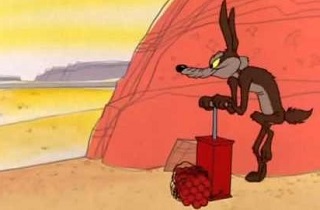 Conservatives are very, very upset that White House adviser for strategic communications Daniel Pfeiffer appeared to compare Republicans with terrorists during a segment on CNN’s The Lead with Jake Tapper on Thursday. Although conservatives have, themselves, adopted the metaphor of shooting a hostage to describe the GOP’s debt ceiling strategy, using a terrorist metaphor is arguably more offensive, so maybe conservatives are right to be angry. What did Pfeiffer actually say?

In case you missed it, here’s the clip in question:

As you can see, Pfeiffer did use the hostage metaphor favored by conservatives, and a comparison to the world’s worst realtor, but he never actually says “terrorist,” or even “suicide bomber.” He quite clearly says “people with a bomb strapped to their chest,” which could include a number of non-terrorist people. For example, maybe he was talking about this guy: 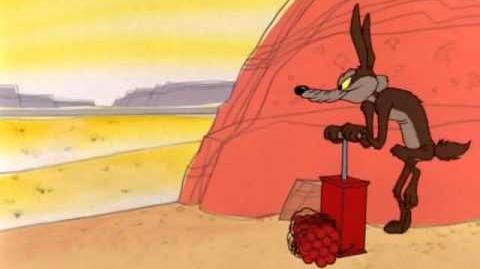 Kurt Russell‘s character in The Thing, RJ MacReady, threatens to blow himself up in order to keep his suspicious comrades, who think he might be a murderous shape-shifting alien, at bay. Eventually, MacReady does blow up his ice station, leaving himself to freeze to death with another survivor, but the purpose of the threat to blow himself up was to keep his friends from killing him. It is possible, then, that Pfeiffer’s metaphor was intended to present Republicans as heroes, and Democrats as potential murderers, and President Obama as an alien in disguise. If so, I am properly offended for them.

That doesn’t seem likely, though. Maybe Pfeiffer was talking about this guy: 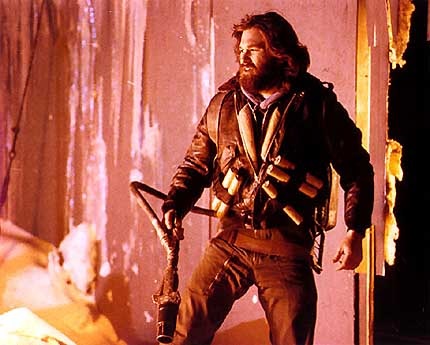 Wile E. Coyote was forever blowing himself up, in a noble attempt to secure the scrawniest meal possible, but he never had to suffer the consequences of his explosive dalliances. Maybe Dan Pfeiffer was attempting to portray Republicans as hapless cartoon characters who are unaware that, in real life, explosions hurt people. While the first part of Pfeiffer’s metaphor is spot-on, Speaker of the House John Boehner (R-OH) has made it clear that he understands the consequences of a default, which makes the Wile E. Coyote comparison fall apart.

No, if Dan Pfeiffer was talking about anyone, it was this guy: 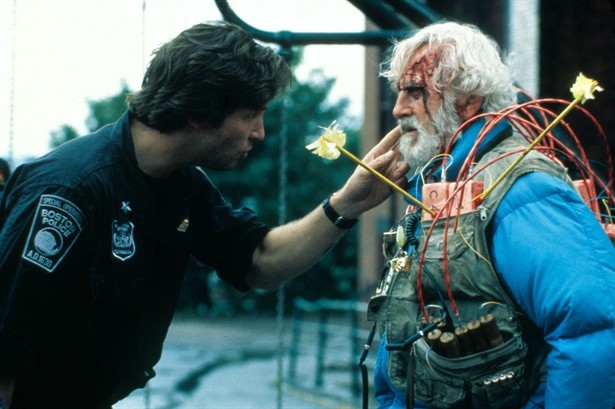 Lloyd Bridges‘ character in Blown Away has a bomb strapped to his chest, but t was put there by Tommy Lee Jones‘ villain. Pfeiffer is absolutely right, then, that you would never negotiate with a person in that situation, you would try to help them. Jeff Bridges was too late to save his movie dad, but what Pfeiffer is trying to do is to disarm the explosive that’s strapped to the Republicans, before anyone really gets hurt.

The twist here is that the President is the one who strapped the bomb to Lloyd Bridges, or at least, provided Tommy Lee Jones with the incentive to do so. By negotiating with Republicans on the debt ceiling in 2011, he convinced the GOP base that, despite the harm that showdown caused to the economy, this was an effective strategy. After that, how are Republicans supposed to explain not strapping on the dynamite to their base? Negotiating with Republicans over the debt ceiling might keep the bomb from going off this time, but it will make it impossible to get that bomb off of them.

[photos via screengrab, except where noted]