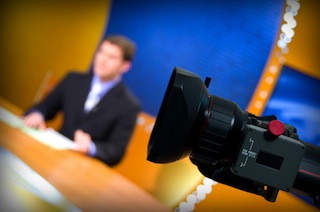 Note: This post, because of its very nature, will include offensive language.

Here’s a hypothetical for you; You’re a reporter for a news station. There was just a horrible crime committed in which a person was murdered purely because of the color of their skin/their religion/their sexuality. The murderer left a note on top of their body. In it, the killer admits that they killed their victim purely because they hate “niggers”/”kikes”/”faggots.” You’re about to go on live TV and read the note to the world. What are you going to say?

Hopefully, most of you spent the weekend enjoying time with your families. Unfortunately, during this time, an interesting debate has flared over this issue.

On Saturday night’s CNN Newsroom, the panel discussed the immortal topic of why some words are ok for some people to say and not others and anchor Don Lemon made the claim that he dislikes it when reporters, faced with quoting a racist, say “n-word.”

”I don’t care what color the reporter is, I think someone should say ‘that person called him a nigger,’ rather than ‘the n-word,’ because it sanitizes it.”

One day later, on that same network, that very situation was put to the test. While reporting on this weekend’s tragic shooting in Tulsa, CNN reporter Susan Candiotti quoted a post on the suspect’s Facebook wall in which he complains about “fucking niggers.” Candiotti, after carefully warning audiences what was about to happen, said both words uncensored. The anchor, Fredricka Whitfield, quickly apologized and, later, Candiotti did as well.

This has brought up a tricky question. Should Candiotti have said those words, most importantly that word?

Many of our readers have already debated this topic in the comments section of those clips. However, in both those cases, the pure journalistic question easily gets obscured by the emotions and details of the actual cases they’re connected to. So here’s a chance to debate the topic in a pure hypothetical. If you were a reporter, would you say, uncensored, a horrible word about a minority group which you are not a part of, if it was involved in your report?

Personally, this writer agrees with Lemon. A reporter’s job is to present facts and, if that fact happens to be hate, that hate should be presented without any filter or sugarcoating. Fortunately, I’ve never been presented with this dilemma myself as my only television appearance was about Snooki and, unsurprisingly, racial slurs didn’t come up. Though I think that, in that situation, I’d say the words as they are.

However, Lemon and I may be in the minority here. I asked Mediaite founder Dan Abrams and he explained that, while he’s had to quote countless offensive words on air, he’s never presented them uncensored.

“It’s a tricky issue but, anytime I have faced this question as a reporter, I’ve always erred on the side of not using the actual word. The audience still knows exactly what you’re talking about.”

What do you all think? Should a reporter say a word that they know is hurtful to many or should they try to put the facts through a filter?

And, a reminder; while this is purely a discussion of offensive words, try to be cognizant and respectful in the way you talk about them with your fellow commenters.