Divisive: How The Conservative Media Has Been Covering Trayvon Martin 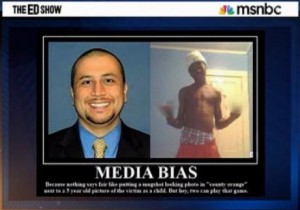 Entering the third week of wall-to-wall Trayvon Martin coverage, the narrative has emerged that there is a left vs. right dynamic to the way this story has been covered. Indeed, I have traced the way some online conservatives (particularly The Daily Caller) have turned against Trayvon Martin, in my view as an expression of their hatred of President Obama. But is this really a left versus right thing? I looked at the Trayvon Martin coverage by conservative media like Fox News, The Blaze, The Bigs, and Hot Air, and found a complicated picture.

The national media first began covering this story three weeks ago, with CNN and MSNBC each running their first segments on Trayvon Martin on March 13, still several weeks after the young man was shot (Current TV’s The Young Turks was way ahead on this, airing their first Trayvon segment on their March 8 web show). Since then, the coverage has been wide-ranging, although focused on the central narrative of the story: the building pressure for justice that, almost everyone agrees, was denied to Trayvon Martin.

However, Fox News’ coverage of the Trayvon Martin story sprang into existence on March 19, the same day that most other conservative outlets first noticed Trayvon Martin. In The Daily Caller’s case, it was the need to defend “white culture” that got their attention. The Breitbart.com sites also awakened to the tragedy on March 19, if only to point out that a news report had identified shooter George Zimmerman as “white” (which, to some conservatives, is mutually exclusive to “Hispanic”), and to be on the lookout for…Al Sharpton. So great was their concern at the shooting of a black teenager that they misidentified the date of the crime, saying “On Friday night (which would have been March 16), a young African-American teenager, Trayvon Martin, was shot to death in Orlando by a neighborhood watch captain, George Zimmerman.”

Trayvon Martin was killed on Feb. 26.

The Big Sites’ coverage followed roughly the same trajectory as The Daily Caller‘s, if slightly less despicable (a low bar, to be sure). Fox News’ early coverage was, for the most part, straight, with an emphasis on the rallies and the New Black Panthers, and early commentary focused on defending gun rights. Then, Geraldo Rivera made his infamous hoodie comments (lost in that was Steve Doocy‘s response to Rivera’s question about what you think when you see a young black male in a hoodie: “Uh-oh!”), and the same day, President Obama spoke about the story. After that, the coverage became much more focused on pushing back against the racial aspects of the story, trashing President Obama and other black leaders, slamming the media for demanding answers, and constantly raising the specter of impending black violence in response to the tragedy. To their credit, Fox has conducted interviews with representatives of Martin’s family, and unlike many online outfits, they’ve done a good bit of straight reporting on the case during their non-opinion hours, but the overall tenor of the coverage has been to deny the racial issues in this story, and to slam anyone who points them out as “divisive,” which is like asking a weatherman why he made it rain.

However, it is my belief that the vast majority of conservatives, liberals, and in betweens agree on the fundamental aspects of this case, that there is no question that had Trayvon Martin been white, he would still be alive today, and that if George Zimmerman had shot a white kid, he would be in jail or out on bail today. Trayvon Martin was profiled by Geroge Zimmerman, he was pursued by George Zimmerman, and he was presumed guilty by the Sanford Police when they let Zimmerman go. Those things can be, and are, true without making any judgment about Zimmerman’s guilt or innocence of a particular criminal charge, and those conclusions are based on facts that are not going to change. These conservative media deniers are dead-enders who are embarrassing the majority of their audience.

The conservative website The Blaze, for example, has covered the Trayvon Martin case much more even-handedly than their aforementioned counterparts. Although they have done some questionable things, like participating in The DC‘s sick exploitation of Trayvon’s social media accounts, they have consistently presented a wide range of stories on the subject, including those that cut in Trayvon’s favor, and against George Zimmerman. Compared to The DC and the Bigs, The Blaze is Walter Cronkite.

But the gold standard in conservative decency is Hot Air’s Ed Morrissey, who has written a couple of very fair, very thorough columns on the Trayvon Martin story. The problem is, his site has written little else. While The Daily Caller, the Bigs, and Fox News filthify the waters, decent conservatives are not keeping up their end, and the result is a distorted picture of a right vs. left divide that isn’t actually there. This is about a few racism-denying dead-enders who hate President Obama more than they hate the gunning down of black teenagers. For the first few days, these folks were barely interested in the case, aside from some nipple-hardening at the involvement of Rev. Al Sharpton and the New Black Panthers.

It wasn’t until President Obama made heartfelt remarks of empathy to the parents of Trayvon Martin, and to all decent Americans, that these few loud voices kicked into overscreech. Even then, though, there were conservatives who saw past their opposition to the President, and recognized his sentiments for what they were, and the folly of politicizing them. It’s a pity those voices can’t muster the energy and volume of their counterparts.

There’s another problem, though. Even decent, well-meaning conservatives like Ed and my friend Will Cain have fallen victim to the “rush to judgment” dodge, the refrain that we “wait for all the facts to come out.”

This sounds reasonable, but fails to recognize that the entire reason this is a news story, the entire reason for the protests and outrage, is that there was a concerted effort to conceal those facts, and if it were not for all of this coverage, there would be no 911 tapes, no police station surveillance video, no chance that Trayvon Martin would have the shot at a meager measure of justice that he now has: a day in court for George Zimmerman. We are not “rushing to judgment” against George Zimmerman, we are seeking to undo the rush to judgment that the police (and the state’s attorney) made against Trayvon Martin. We are making the facts come out.

So far, the only “division” in the Trayvon Martin story is between a handful of conservatives who want to beat their bogeymen (President Obama, Al Sharpton, the New Black Panthers, and “thuggin'” black youths) over the head with this, and everyone else. Decent conservatives should rise up and tell these people to shut the hell up.