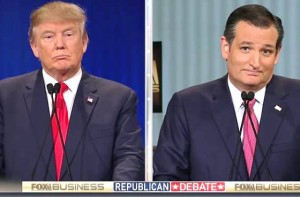 According to two of the hacked emails released by WikiLeaks Sunday, the Democratic National Convention crafted questions and sent them to CNN with the hope they’d be used in interviews of Republican presidential candidates.

On April 25, DNC Research Director Lauren Dillon sent a pair of emails to other staffers. The first email had the subject line “Trump Questions for CNN”: “[CNN host] Wolf Blitzer is interviewing [Donald Trump] on Tues ahead of his foreign policy address on Wed. Please send me thoughts by 10:30 AM tomorrow,” Dillon wrote her colleagues.

Sure enough, the other DNC staffers sent a series of critical and difficult questions to ask Trump on foreign policy. But Dillon wrote back a few hours later to tell them that “CNN said the interview was cancelled as of now, but will keep the questions for the next one.” 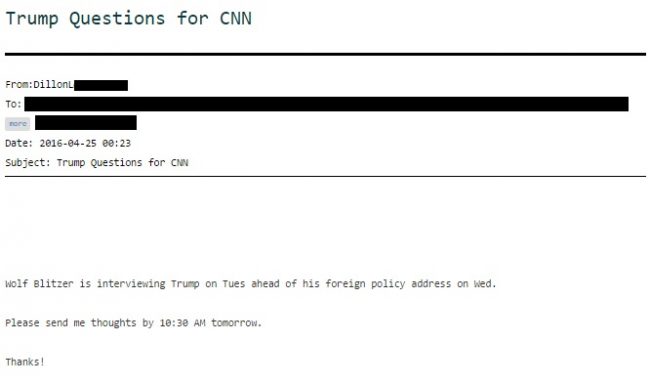 After that, Dillon sent a second email about an upcoming CNN interview with Ted Cruz. In the second email, Dillon claimed it was CNN themselves who were soliciting the questions: “CNN is looking for questions. Please send some topical/interesting ones,” she wrote. 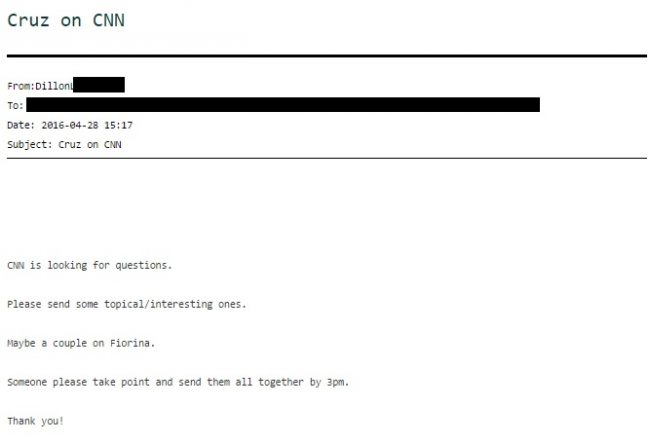 Missing from the hacked emails is any indication of whether or not the DNC actually ending up sending questions or what they were, making it impossible to verify whether CNN ended up using their suggestions.

UPDATE (11:17 AM ET): In a statement to Mediaite, CNN denied there was anything unseemly about the network’s conduct. “This is completely unremarkable. We have similar communications with Republicans,” a spokesman said. “When preparing for interviews we are regularly sent suggestions from rival campaigns and political parties, both solicited and unsolicited. Casting a wide net to ensure a tough and fair interview isn’t just common media practice, it’s smart.”