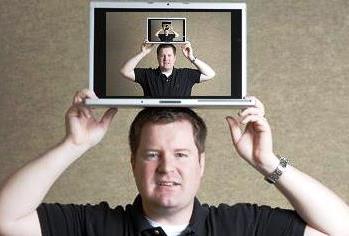 The headlines are everywhere, all variations on the theme that ‘Fox’s Erick Erickson Says Men Should Dominate Women Because Science Says So,’ and I, as a news consumer who would rather bathe in fire ants than watch an Erick Erickson clip, trusted them. When I finally did get around to watching it, though, I discovered that the liberal mainstream lame-O-sphere had once again twisted the words of a conservative prophet to suit their own needs. If you’re going to be angry with erickson, be angry with what he actually said.

In case you missed it, here’s the clip in question, complete with rapt agreement from Lou Dobbs, Juan Williams, and some other guy who really wasn’t allowed to talk much:

I was moved to watch the clip, in the first place, because nowhere in the Mediaite blog post‘s description did I see the word “dominate,” even though it was in nearly every headline on the rant. That was my first clue that something was amiss. Here’s the section in which Erickson comes closest to using the magic “D” word:

I’m so used to liberals telling conservatives that they’re anti-science. But liberals who defend this and say it is not a bad thing are very anti-science. When you look at biology, the natural world, the roles of a male and a female in society, in other animals, the male typically is the dominant role, the female, it’s not antithesis, or it’s not competing, it’s a complementary role.

Nowhere does he say the words “men should dominate women,” but rather, that we, as a society, should emulate the “society” we see in “other animals,” which typically includes males playing a dominant role. The dominance isn’t the object, it’s the natural by-product. The objective is to emulate the societies of the natural world.

What Erickson is describing is a complete reorganization of our society around an unspecified animal society, an elimination of all that is unnatural in our world. We will discard all of our tools, with the exception of sticks that we will use to dine on hole-fresh insects. We will turn all of our guns over to dogs (and the occasional fox), and assume our natural place on the food chain, just below arthritic gazelles. Our highest level of communication will be achieved through guttural howls and olfactory cues, which means business as usual for the House of Representatives. The Senate will have a bit of a learning curve.

I’m not saying it’s a great idea, but that is what Erickson was saying. If he had been talking about human society, where men are still mostly dominant, but not enough for the panickiest of them, then he would have surely referenced some human science:

When Columbia University researchers studied 1,000 kids from babies to first grade, they not only found “the overall effect of 1st-year maternal employment on child development is neutral,” they discovered that working moms tended to be more responsive to their kids than stay-at-home moms. In December 2012, researchers from the University of North Carolina at Greenboro found that working moms were just as healthy, and sometimes healthier, than stay-at-home moms.

Most convincingly, according to research published in the peer-reviewed Psychological Bulletin, an analysis of 69 studies conducted from 1969 to 2010 found that when moms worked outside the home before their children were 3 years old, their kids fared no worse academically or behaviorally than stay-at-home moms’ kids. In fact, in some ways, they did better: children of working moms were rated as more high-achieving by teachers, and were less likely to suffer from depression and anxiety.

The civilization that we have built, womenfolk and all, has allowed us to advance to the point where we get to whine about who’s putting food on the table, rather than about being the food on the table. I don’t know about Erick Erickson, but I ain’t going back.