Don Lemon returned to his temporary home at 7pm on CNN Tuesday night to talk to Erin Burnett about the local news anchor who made the grievous error of mistaking Samuel L. Jackson for Laurence Fishburne during an interview with yesterday. Ultimately, Lemon was willing to give KTLA’s Sam Rubin the benefit of the doubt, admitting there are some groups of people that he has trouble telling apart as well. 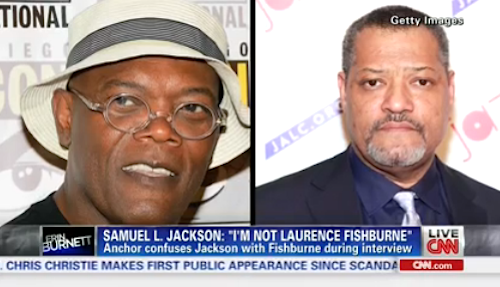 Lemon began by talking about how he was often mistaken for former CNN anchor T.J. Holmes, something he said the two men used to joke about frequently. When it did happen, he said he would usually just laugh and correct them, perhaps saying, “I’m the other black guy.” 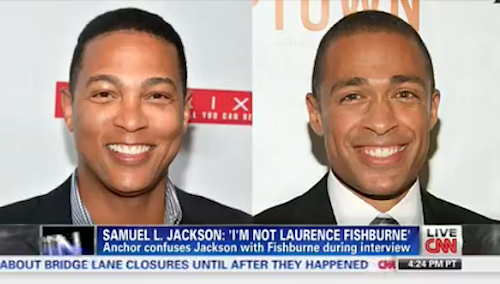 Burnett thought Jackson handled the situation “beautifully,” showing it bothered him but using humor to make light of the whole thing. But she also cited a study from the American Psychological Association that found “people are notoriously awful at recognizing faces from other races. She even offered up the example of herself and actress Emily Deschanel to make her point. “Two white women with blue eyes, there you go.” 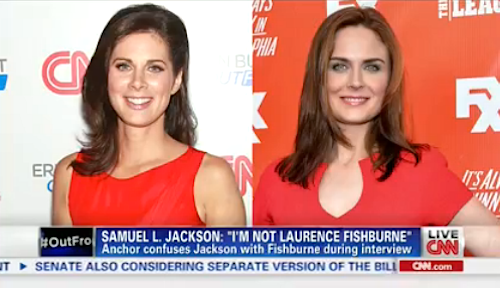 “When someone is in our tribe, I think it’s particularly easier for us to tell them apart, because we’re used to their facial features,” Lemon said, before warning that he’s “probably going to get in trouble” for saying “people do look alike.” He used a few examples before landing one that might hit close to home for anyone who has spent any time in Brooklyn recently.

“It’s not about race,” Lemon said. “You go to Brooklyn, everybody’s got a beard and plaid shirt. They may be able to tell each other part but they all look alike to me.” At the same time, Lemon said Rubin “should probably know” Samuel L. Jackson’s name by now, especially since he’s been in more than 70 movies over the last few decades.