Don Lemon to Laura Ingraham: Al Sharpton Is ‘Not My Leader’
AUDIO

Don Lemon to Laura Ingraham: Al Sharpton Is ‘Not My Leader’ 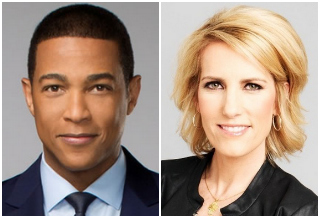 CNN’s Don Lemon opened his appearance on Laura Ingraham‘s radio show Wednesday by telling the conservative host that he had to go to an Al Sharpton meeting first “to make sure I could talk to you.”

That joke got a good laugh out of Ingraham, who commended Lemon for having a sense of humor about himself and saying, “If you’re going to do politics, have fun with politics.” Even if you don’t agree with the person you’re talking to, Ingraham said it’s best to “laugh and have fun.”

“Just because you disagree with me doesn’t mean your my enemy,” Lemon told Ingraham. “If you disagree with someone, you have to try to work with them even more so, because why do you want to preach to the choir all the time?”

Speaking of Sharpton, Ingraham asked Lemon if he’s tired of having to agree with everything the MSNBC host and African-American community leader has to say. “Many people think that African-Americans are monolithic and they speak with one voice, and that there is one leader,” Lemon said. While he said he has “no beef” with Sharpton, he added, “I don’t agree with everything that comes out of Al Sharpton’s mouth and Al Sharpton is not my leader.”

Ingraham agreed, saying that people who associate Sharpton with Lemon would be “like a white person being frustrated that a liberal talk show host, or a Limbaugh or myself, represents them. I don’t claim to represent anybody, I’m representing my own view.”