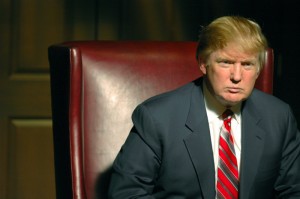 When you get to the end of this story be sure to refresh because it’s entirely possible it will change again in the time it takes you to read this, such has been the pace of today’s newscycle. To begin: Pastor Terry Jones‘ “deal” with the organizers of the Park 51 Islamic Center looking more and more like a bluff. NYC Imam Rauf says he will meet with Jones on Saturday, but has no intention of moving the mosque. Meanwhile, earlier today came the news that one of the investors had offered to sell his stake if the money was right. Subsequently, Donald Trump, rarely one to turn a publicity opportunity down, sent a letter offering to pay (plus 25% more) to end the “highly divisive situation.”

“I am making this offer as a resident of New York and citizen of the United States, not because I think the location is a spectacular one (because it is not), but because it will end a very serious, inflammatory, and highly divisive situation that is destined, in my opinion, to only get worse.”

Apparently, the people at Park 51 were not won over by Trump’s gesture of good will. The Associated Press is reporting that the investor is declining the offer:

“Donald Trump’s offer to buy an investor’s stake where a mosque is planned near ground zero is falling flat. Wolodymyr Starosolsky is a lawyer for the investor in the real estate partnership that controls the site. He says Trump’s offer is ‘just a cheap attempt to get publicity and get in the limelight.'”

So there you have it. It would appear the only people not interested in ginning up publicity via the proposed Lower Manhattan mosque are the people proposing it. Watch CNN’s report on Trump’s original letter below: