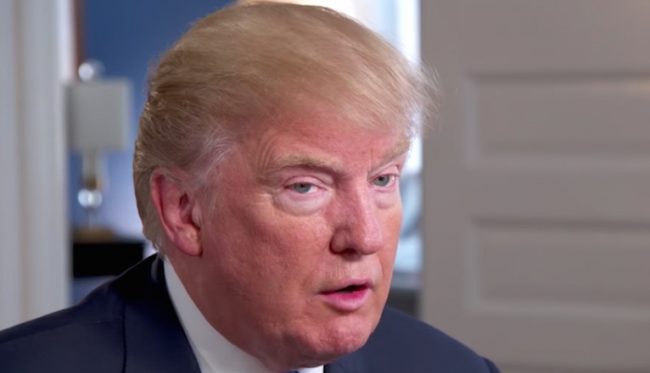 Following the failure of Senate to pass a spending bill late Friday night, President Donald Trump and the White House have weighed in on the government shutdown that has resulted. White House Press Secretary Sarah Huckabee Sanders released a statement calling the Democrats “obstructionist losers” while claiming they were holding American citizens “hostage.” In a series of tweets this morning, the president piggybacked on that theme, stating Democrats “are holding our Military hostage.”

Back in 2013, when the country was careening towards a federal government shutdown that lasted 16 days, then-citizen Trump had a different take. In a tweet linking to an Associated Press article, Trump quoted the piece and then stated that no essential services are canceled while urging his followers not to “believe lies.”

The president’s comments during the last government shutdown have come back to haunt him a bit. Besides the above tweet in which he says a shutdown is no biggie in stark contrast to what he’s saying now, Trump told Fox & Friends back then that President Obama should take the blame for the shutdown.