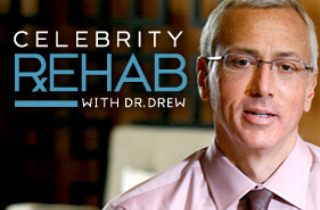 Dr. Drew Pinsky has confirmed that his reality program Celebrity Rehab is checking out for good. Why? Partially because it’s become too controversial whenever a former cast member passes away.

“I don’t have plans to do that again,” Pinsky told the Zach Sang & the Gang radio program. “I’m tired of taking all the heat. It’s just ridiculous.”

After five seasons of Celebrity Rehab, Pinsky said it’s become problematic how people are quick to blame him for the subsequent complications and/or deaths of cast members.

“It’s very stressful and very intense for me,” he said. “To have people questioning my motives and taking aim at me because people get sick and die because they have a life-threatening disease, and I take the blame? Rodney King has a heart attack and I take blame for that?”

Despite criticism of the show “exploiting” troubled celebrities for a reality TV series, Pinsky insists the show has done more good than harm. “A lot of people are sober because of ‘Celebrity Rehab’ who wouldn’t have been sober without it,” he said.