Dunn And Dumber: Reports Of Fox’s Death Are Greatly Exaggerated

Dunn And Dumber: Reports Of Fox’s Death Are Greatly Exaggerated 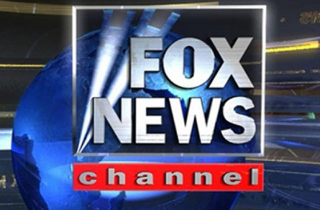 In an interview on HuffPost Live Thursday, White House Communications Director Anita Dunn characterized Fox News as a network that is “crumbling.”

If you were CNN or MSNBC, would you take these crumbling numbers?

Nine out of the top ten highest-rated cable news shows are on Fox.

Fox has easily been #1 in cable news for the past 11 years.

So when January ratings showed that Fox had fallen to a 12-year low, left-leaning media and folks like Ms. Dunn declared it the beginning of the end for the house that Ailes built.

Meanwhile, the President’s State of the Union Address was the lowest-rated such speech since 2000.

So what do the two have in common?

Fatigue, primarily. Fatigue from two years of election coverage. Fatigue from political commentary and politics in general. It’s overexposure to politics on the Flo-from-the-Progressive-commercials exposure level. In short, some Fox viewers were disenchanted, tired of it all and simply needed a timeout (and the network still took nine of the top ten spots).

For the President, same deal: Between November’s resounding victory, non-stop fiscal cliff coverage and the inauguration speech, he’s reached the Kardashian exposure apex. He’s now on vacation, one that both he and the public have earned to take from each other.

Ms. Dunn points out that Fox’s decision to break up with Dick Morris and Sarah Palin are signs that its “alternate universe” is crumbling. But what she doesn’t understand is that Fox doesn’t rebuild, it reloads. Palin was once relevant, but no longer is. Morris should just get a job in weather forecasting, where getting predictions wrong most of the time still results in no threat to job stability whatsoever.

And for those who made the same declarations about the impending fall of Fox after Glenn Beck and the network parted ways, take note:

Beck, who once averaged well over two million viewers daily and even topped three million a few times, was replaced by a talk show that could be produced at a campus near you.

That’s not a knock, but a compliment.

The Five’s simplicity and unfiltered banter are what makes it effective: It’s a (tilted to the right) happy hour conversation on politics and pop culture. No guests, no reporters in the field to toss to, just five people going off the cuff extemporaneously (See: my dream job on any network). Today, it destroys its competition in the ratings department, and has since (wisely) been copied (minus the titled-to the-right part) by MSNBC. Expect to see something similar on CNN in 2013…

More from Ms. Dunn: “The changes that Fox is making now are kind of a tacit admission that they had gone way too far to one side and were being seen by people not as a news network, but really as a political organization. There are not a lot of news networks that have on their payrolls — as Fox did two years ago — the bulk of the people who are planning to run for president in a political party. Think about that.”

Ms. Dunn’s analysis is similar to one the President made a few weeks ago. Fox is hopelessly biased, while everyone else plays it down the middle, have no political aspirations, and presents content without prejudice.

And that thought process is maddening. Can’t we have more public figures call media today for what it is? As stated in a previous column, BOTH Fox and MSNBC engage in providing varying level red meat for its audience on a daily basis. But to call out one network and not the other directly puts Ms. Dunn’s credibility up for debate.

For example, does MSNBC operate as a political organization? In the past year, host Ed Schultz was allegedly paid nearly $200,000 by unions. Host Al Sharpton has led large political rallies. In 2010, Keith Olbermann was fired for, among other things, making political contributions; Later that year, Joe Scarborough was suspended for doing the same. Rachel Maddow, Lawrence O’Donnell and the aforementioned Schultz and Sharpton were invited to the White House in December to advise the President on taxes.

Note: President Bush (43) invited Sean Hannity and Laura Ingraham to the White House, too. It goes both ways. And for Ms. Dunn to complain about media bias to the Huffington Post—not exactly a centrist outlet—wasn’t the best way to get a point across about media bias.

The bellyaching needs to stop from conservatives and liberals alike.

Media has become more polarized than ever.

And to call out one side without acknowledging the same problem in your own house only insults the intelligence of those dwindling few who still have the ability to remain objective.

Memo to Ms. Dunn: One month does not make a trend. Go with a quarter or full year instead before spiking the football.

Until then, the reports of FOX’s death will only be seen as greatly exaggerated.